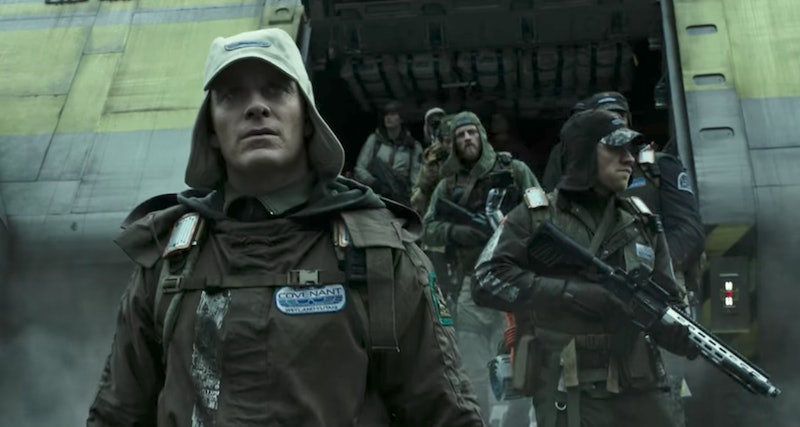 Alien: Covenant hasn't even been released in theaters yet, but filmmaker Ridley Scott is already giving fans some good news about a potential follow-up to the new film. It seems very likely that an Alien: Covenant sequel could happen, and according to an IGN interview with Scott, shooting might actually begin very, very soon.

For those unfamiliar, the Alien franchise follows a crew who takes on uncharted territory by ship only to discover something dangerous lurking among them. The newest movie, a prequel to the famous Alien films, stars Michael Fassbender, Danny McBride, and Katherine Waterson, and it might be one of four new films Scott wants to produce for the series.

According to IGN, the writing process for the second film is already in the works, and will be filmed sometime in the next 14 months. That's pretty soon, all things considered, so fans should be excited that there likely won't be a crazy long wait for the next movie in the franchise to come out.

Still, no firm details have been announced, and eager viewers will just have to sit back and wait to see what the dates are for the upcoming movies' releases and when we can get our hands on tickets to see them. Hopefully, we'll know more soon, and in the meantime, Alien fans can enjoy Covenant in all its crazy, action-packed glory.

I'm excited for this one, but I'm also looking forward to an equally horrifying and thrilling sequel. Hurry up, Ridley.