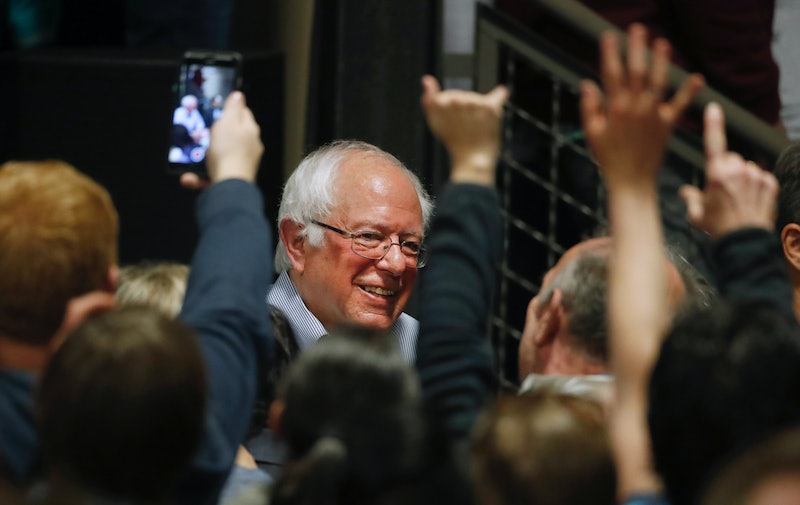 Although Bernie Sanders lost to Hillary Clinton in the 2016 primaries, the Brooklyn-born Vermont senator remains in the spotlight. A vocal opponent of President Trump, Sanders has been urging his followers to participate in politics and voice their opinions, while keeping up his outsider role by refusing to commit to the Democratic Party. There is also a possibility that Sanders may run for president in 2020, a rumor that continues to gain steam in the media and elicit mixed responses from Democrats. If the talk turns out to be true, there is a chance that Sanders may even win larger support given the issues his campaign highlighted in 2016.

Whether it was Sanders' push to curtail corporations' unchained and unlimited expenditures, charge companies for their toxic carbon footprint, demand affordable education for all, divide mega-banks up, tighten gun control laws, provide universal health care, or offer a more humane vision on immigration and citizenship, Sanders' campaign issues resonated with Americans struggling to make a living in the country. Because of that immense popularity, many continue to ask whether Sanders will run in 2020.

It's a question that Sanders himself hasn't directly answered, but certain statements in the past indicate there's a small chance he just might. While talking to the audience on CNN during a town hall meeting, Sanders answered one person's question on the subject simply with, "It is much too early to be talking about that."

Even before that CNN exchange, the Associated Press noted another moment when Sanders didn't exactly rule out the chance that he might vie for presidency once more. Although Sanders said that four years "is a long time from now," he made a note to say, "I'm not ruling out anything." So, it's neither a "yes" nor a "no" from Sanders.

Naturally, these rumors carry to the Democratic National Committee. Politico reported that the former DNC chair, Donna Brazile, didn't exactly enthuse about the prospect of Sanders four years from now. While pointing to Sanders' status as an Independent, Brazile said, "[Sanders is] not someone who we should go to, to build or rebuild or expand our party, unless he's willing."

Still, the lack of a definitive response from Sanders hasn't deterred his fans from hoping to see him run in 2020. Questions on Quora like this one and tweets that state Sanders' supporters are "gearing up" for 2020 show that people still remain curious and eager about the Vermont senator whose claim to fame was rooted in highlighting working-class issues, including wages, education, health, eco-friendly activism, and more.

More like this
10 Times Diana & Meghan Spoke Similarly On The Royal Family
By Sophie McEvoy
What Is Barack Obama’s Net Worth? He Makes *Way* More Now As An Ex-President
By Hugh McIntyre
President Zelensky Spoke Out On Ukraine's Chances Of Hosting Eurovision Next Year
By Sam Ramsden
How The City Healed Five Years On From The Manchester Arena Attack
By Ella Glover
Get Even More From Bustle — Sign Up For The Newsletter