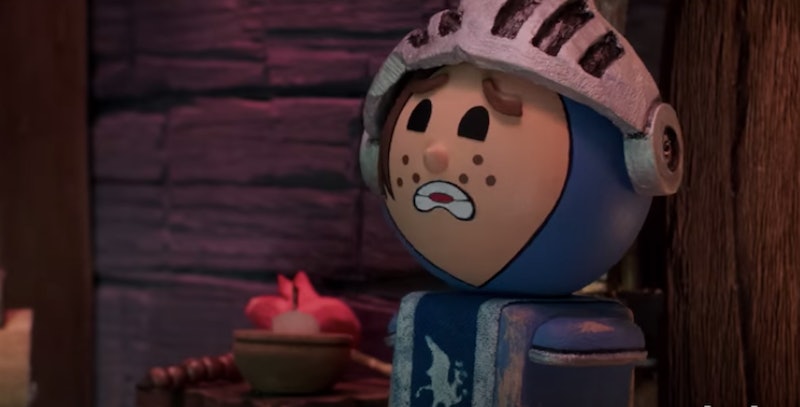 Hulu's new show Crossing Swords is sort of like Game of Thrones if it were animated: there's a star-studded cast, bloody medieval battles, and, yes, nudity. It's just a whole lot funnier. If the series ends up being even a 10th as popular as GoT, it shouldn't be long before Crossing Swords is renewed for Season 2.

Hulu has yet to announce any long-term plans for the show, but there are a number of factors that work to its favor. The series was created by John Harvatine IV and Tom Root, who've led Adult Swim’s Emmy-winning series Robot Chicken through 10 successful seasons. (The show is currently on hiatus, but is expected to air the rest of its Season 10 episodes sometime this summer.) It also seems like Hulu is investing in original animated content, having debuted animated comedy Solar Opposites in May. And now is a particularly apt time to do so.

Though film and TV productions are able to resume filming in Hollywood as of June 12, that comes with new health protocols and is subject to approval by public health officials, according to Quartz. A show like Crossing Swords, which doesn't require its actors to be in close proximity to each other or even in the same room, would be comparatively easier (and safer) to put together remotely amid the ongoing COVID-19 pandemic.

It's unclear what a timeline for Season 2 might look like, as the animation process can be lengthy. Hulu initially ordered the series in September 2018, so it took almost two years to make it to screen. That doesn't necessarily mean a Crossing Swords Season 2 will take as long, but stay tuned for more news.