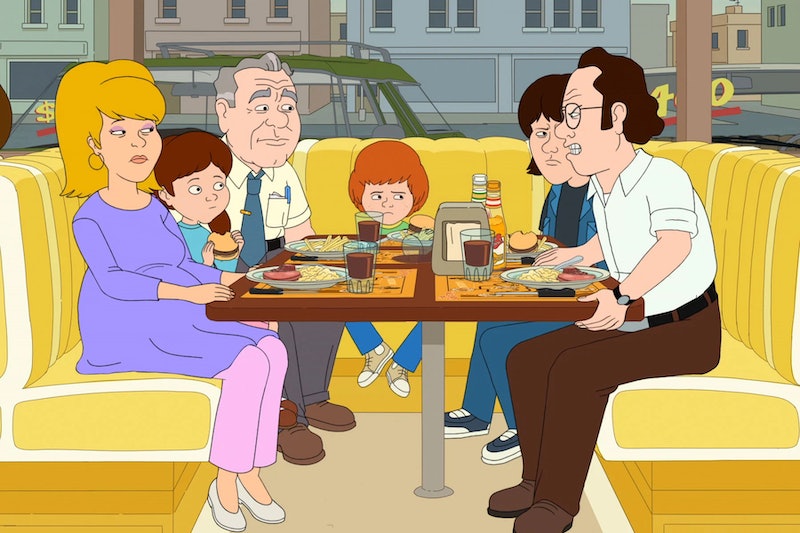 With its fourth season starting June 12, F is for Family is now one of Netflix's longest running animated series. The show follows the dysfunctional Murphy family in 1970s suburbia, with patriarch Frank voiced by Bill Burr. With another season of swear-filled, father-son antagonism and a new baby about to start, will F is for Family return for season 5? The writers of the show are already prepared for it.

The F is for Family writers' room is very transparent with the show's fans. When asked on Twitter if they were planning on ending the series after Season 4, they replied, "absolutely not!" They explained Season 4 — like every F is for Family season before it — ends on a cliffhanger. "No contingency plan cuz we won’t know if we’re not coming back til after the new season starts on Netflix," says @FIFFNetflix, the official shared Twitter account of the F is for Family writers' room. "If they tell us well in advance that we’re cancelled then we can write a proper ending. But that’s not the case. We intend to keep on going. It’s up to NF to pick us up."

It seems even the main team behind the show won't know the Murphy family's fate until some time after June 12, but that hasn't stopped them from going ahead with planning for Season 5.

But in the meantime, it appears that Season 4 might be one of the best yet. Series' co-creator Michael Price spoke with fans in a Reddit Q&A where he dropped the major hint that Kevin's music will play a big role in the main story arc of the season. "There will be some more new original songs that Kevin and his band sing as well as some parody type songs that we’ll write for other aspects of the show," he shared.

For more musical hijinks tune into the latest season of F is For Family.

More like this
Ashton Kutcher Wants Danny Masterson “To Be Found Innocent” In Rape Retrial
By Jake Viswanath
All The ’70s Easter Eggs You Missed In 'That ’90s Show'
By Grace Wehniainen
At 28, Debra Jo Rupp Was Living A Much Different '70s Show
By Grace Wehniainen
The 'Freeridge' Cast Shared Their Hopes For A Potential Season 2
By Grace Wehniainen
Get Even More From Bustle — Sign Up For The Newsletter
From hair trends to relationship advice, our daily newsletter has everything you need to sound like a person who’s on TikTok, even if you aren’t.