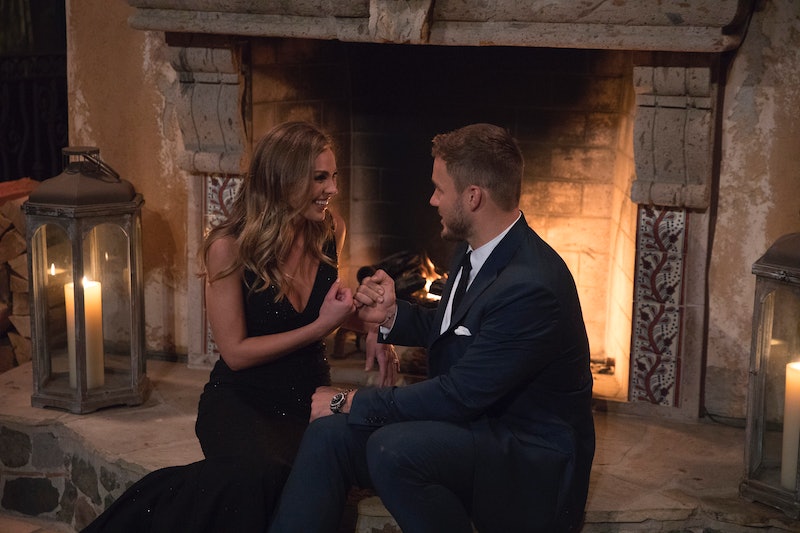 Bachelor In Paradise is a magical place where reality TV stars are offered a rare second chance at love, and fans are already speculating who will end up on its sandy shores. Colton's season of The Bachelor isn't even over yet, but there are a few prospects who might continue on in the franchise if they're not chosen by this year's leading man. For example, will Hannah B. be on Bachelor In Paradise?

Obviously there's no information just yet, as she's still in the competition for Colton. But if she doesn't come away from the show with Colton's hand in marriage, she could be in a pretty sweet position to return in a similar environment — Hannah totally could fit in on Bachelor In Paradise. Her big personality would be so much fun to watch when placed amidst some of the other faces of the franchise. And, when she's got multiple possible suitors to choose from and less pressure on her, she might be able to calm down a little bit and allow things to happen more naturally.

Some have even speculated that Caelynn and Hannah B. might end up on Bachelor in Paradise together — a situation that may once have lent itself to tons of drama and basically given them guaranteed spots in the cast. But given that the women have made up and are on friendlier times now, hopefully the show would allow them to bask in a rekindled friendship.

The cast is still up in the air — there's a season and a half of the regular show to go until we'll know who's headed to Bachelor in Paradise. But the one thing that is certain is that the spin-off was renewed for a sixth season. Per The Hollywood Reporter, BIP doesn't pull in the same kinds of ratings and viewership numbers that The Bachelor and The Bachelorette do, but it still has a dedicated following and a knack for boosting contestants like Nick Viall and Colton himself into a leading role.

Fans are already excited for BIP, which has a notably more laid-back and goofy vibe, making contestants with a sense of humor like Hannah a perfect fit. Some are excited for a more light-hearted, guilty pleasure kind of experience after the drama and high stakes of the main shows.

And, BIP also serves to keep people invested in the franchise during seasons they might not otherwise be interested in. "I would’ve skipped Becca’s season entirely had I not been waiting to know who was getting picked for BIP," Reddit user DiamondBurInTheRough wrote. "It’s a genius move by the franchise too because it keeps us roped in. You miss a season and you’re totally out of the loop. It wasn’t like that until fairly recently."

There's plenty of Bachelor content to consume in the months until Bachelor in Paradise comes to the forefront of everyone's minds, and Colton's season isn't shaping up to be a snoozefest. We still have that fence-jumping moment to look forward to, after all. But regardless of how much the current seasons deliver, everyone's looking ahead to BIP, and Hannah very well might be doing the same.