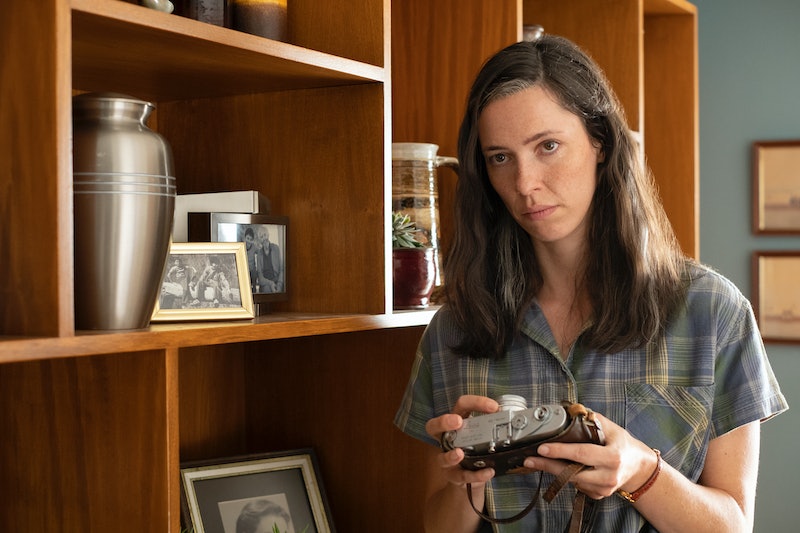 Each episode of Amazon's new sci-fi show, Tales from the Loop, is inspired by an individual painting from Swedish artist Simon Stålenhag's book of the same name. His paintings are set throughout the '80s and '90s in the Swedish countryside of Mälaröarna, where a large particle accelerator called the Loop built by the government in the '50s has led to a number of strange occurrences in present day. Showrunner Nathaniel Halpern's version of the story moves the action to Ohio, using each painting to create standalone-ish episodes that bleed into a bigger narrative. "The structure is somewhat unique in that it's a serialized show but each episode feels self-contained like a film," Halpern explained to Gizmodo. "It's almost a collection of short stories, a portrait of a town and people who live there."

Still, when it came to writing the show, Halpern said he "couldn't even begin" to cover all of Stålenhag's artwork, which means there's "plenty of space going forward" should the show return for Season 2. Plus, Stålenhag has a sequel to Tales of the Loop called Things from the Flood as well as a book called The Electric State that follows a runaway teenager and her robot on a trip across the U.S., either of which could help to inform a second season — though Amazon has yet to announce whether it plans to renew or cancel the series. "The Loop itself is essentially a storytelling generating device. It's somewhat endless what you can do with it, so I would love to have a second season. But it's a bit early [to tell]," Halpern told Vanity Fair.

Something that may play to Halpern's favor is the fact that he made a point to differentiate Tale from the Loop from other sci-fi shows, which tend to feed into our anxieties and fears surrounding technology. "I wanted to go in a different direction. Go back to the human endeavor and wonder that goes with discovery and creation. Re-inject that aspect of the genre, rather than the cautionary tales that the sky is falling," he told Inverse.

Certainly, feeling like the sky isn't falling is a sentiment the world could use right now. If Tales from the Loop does return for Season 2, hopefully it will find us all in a better place.