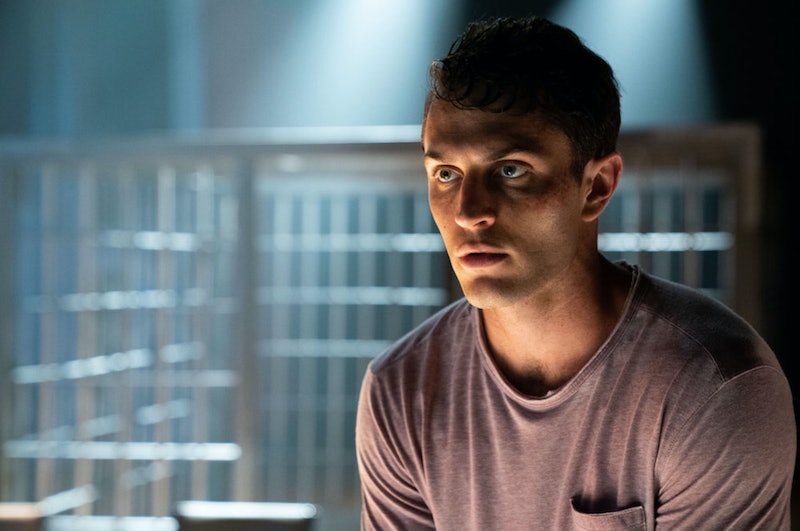 After a four-film, five-year run, The Purge made its way from the big screen to the small for USA Network's TV series of the same name. It carries with it the same premise — on one day each year, crime is made legal, leading to terrifying, murder-filled chaos — but with a bigger universe. It’s a story that could lend itself to endless stories depending on where the show takes it, but it’s still unclear if The Purge will return for Season 2.

UPDATE: The Purge has been renewed for Season 2, according to TVLine.

EARLIER: According to TVSeriesFinale.com, the network has yet to announce if the series will be renewed. However, the website’s analysts seem to think that it could have a bright future ahead of it. “The show premiered with solid ratings and, though they’ve dropped, The Purge remains one of [USA's] highest-rated series. I think it will be renewed,” the site reads.

That being said, reviews have been mixed. Rotten Tomatoes critics only give it a 45 percent positive rating, while audience members were a little more forgiving, granting it a 61 percent positive rating. Critics were seemingly on the fence about how the show fared. Haleigh Foutch wrote in her review for Collider that “the film franchise had more to say with each new installment,” and that the series “feels like a dispassionate whisper” in comparison. But she also conceded that fans of the movies would “find plenty to enjoy in the new series.”

The TV adaptation of The Purge is meant to delve deeper inside the world that surrounds each annual Purge Night; executive producer James DeMonaco, who also wrote and directed the first three Purge movies, told Entertainment Weekly that the new format allowed them to flesh out the universe more than a shorter journey through film would. From his comments, it sounds like TV might be the ideal way to continue the franchise, as opposed to more films.

“The real estate of the 10 hours of the TV allows us to use flashback, where we flashback out of the Purge world, into the regular lives, the non-Purge days, of this future America,” he told the outlet. "We get to see who these people are when it’s not Purge Night and the events that led them to where they are on the particular Purge night that we are following. I think it’s a great device. The real estate of TV lets us truly analyze why anyone would resort to violence on Purge Night. So, it’s a slower burn.”

That kind of slow burn could go on for ages if they let it, and if ratings allow. Some of the latest ratings showed The Purge at the very top of the 18-49 demographic as far as USA Network shows go, with an average of 1.08 million viewers each week, according to TVSeriesFinale. That kind of leverage could offer stability and longevity, especially if viewers stick with it. But for now, fans of The Purge will just have to wait and see if it’ll be saved or meet its demise.