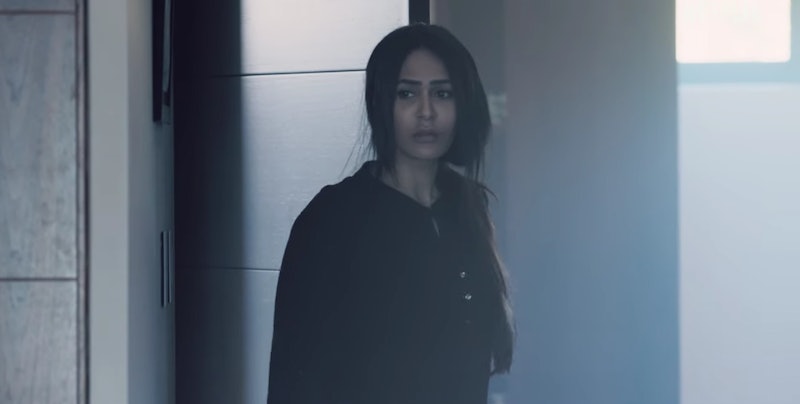 Netflix has yet to announce if its new Saudi thriller, Whispers, will return for Season 2, but considering the streaming service launched the show in 190 countries and subtitled it in over 20 languages, it seems like they have a lot of faith in the series. It also has a compelling premise that could easily lend itself to more mysteries in a second season, as its affluent family continues to unearth secrets about each other and their late patriarch.

In a May statement, Whispers director Hana Alomair said the Saudi-produced dramatic thriller "offers a new take on storytelling" and "features several unconventional female characters who truly embody the reasons why this project is so close to my heart."

Netflix features several Khaleeji and Saudi titles, and debuted its first Arabic original series, a YA supernatural drama called Jinn, in June 2019. The series sparked controversy in Jordan, where it was filmed, because actor Salma Milhis kisses two different boys in the show, according to Deadline. The outlet further reported that a top Jordanian prosecutor asked the Ministry of the Interior’s cybercrimes unit to take "immediate necessary measures to stop the broadcast," citing its supposed "immoral scenes."

Given its more conservative approach, Whispers is unlikely to spark the same kind of intolerant backlash, which should help it to draw in a larger international fanbase. Whether that will be enough to nab a Season 2 renewal, we'll have to wait and see.