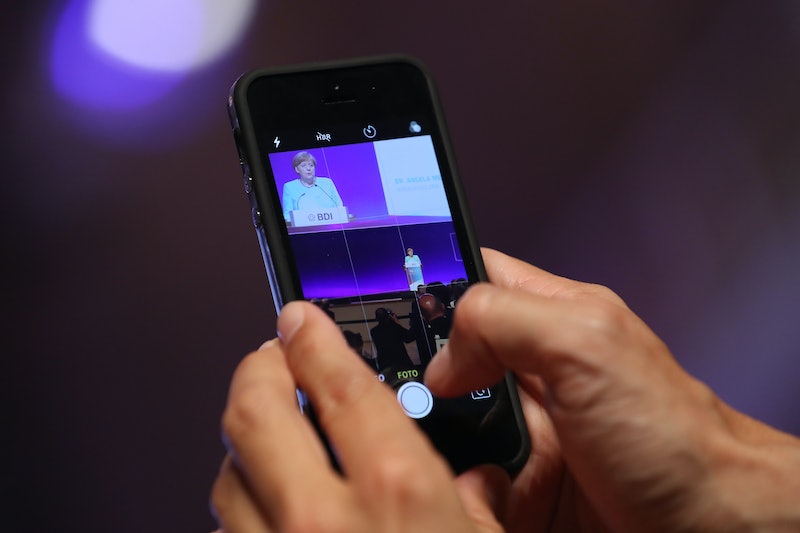 With tensions on the rise between the United States and North Korea, a considerable amount of attention is being paid to the threat of nuclear war. That's not to say there's any actual reason to expect it's likely to happen, given the consequences both sides would face. But considering the stakes, its something plenty of people are concerned about, whether its the horrors of a nuclear war, or what would come after. For example: would cellphones still work amid a nuclear war, or would they be knocked out of commission?

There are a number of factors in play, but the most accurate answer available now would be maybe, maybe not. How a nuclear conflict could affect your ability to communicate or access information over your phone would likely depend on how close you were to the explosion, and therefore whether your electronics are disrupted, or the cellular network you're using is overloaded.

The former concern stems from the fact that a nuclear detonation could potentially release an electromagnetic pulse (or EMP) that could disrupt or destroy your phone, rendering it useless. The latter, on the other hand, is less dramatic and more easily understood ― simply put, massive disasters naturally lead people to try to use their phones to get information or make calls, which can overload the cellular networks in a given area.

In the event of a nuclear blast going off anywhere in your vicinity, both of these scenarios could theoretically happen. And although the potential for an EMP burst is harder to predict, and by no means a guarantee, it's easy to imagine how clogged cellular networks would become in the immediate aftermath of a nuclear detonation.

Immediately following the 2013 Boston marathon bombing, for example, people's phones ground to a halt amid an unexpected surge in usage. And as shocking and disruptive an event as that was, it didn't come even remotely close to the destructive scale of a nuclear blast.

Nuclear weapons have only ever been deployed offensively once in world history, when the U.S. dropped atomic bombs on Hiroshima and Nagasaki during World War II. That was in 1945, long before the rise of personal computers, cellphones, and the like, which means how well those systems might hold up under such an attack has never really been observed in a real-life scenario.

In short, if the worst were to happen ― and this is for information's sake rather than fear-mongering, because there are real, existential reasons to doubt North Korea would ever launch a nuclear strike against the U.S. ― you can't necessarily assume your cellphone is going to work as expected, which is why it's worthwhile to have a pre-existing disaster plan.

More like this
5 Ways To Stand In Solidarity With Women In America From The UK
By Sophie McEvoy
How To Fight For Reproductive Rights, Based On How Much Time You Have
By Courtney Young
Boris Johnson’s Leadership Is In Question – Again
By Bustle UK
Every Single Big & Small Way You Can Fight For Abortion Rights
By Tess Garcia
Get Even More From Bustle — Sign Up For The Newsletter