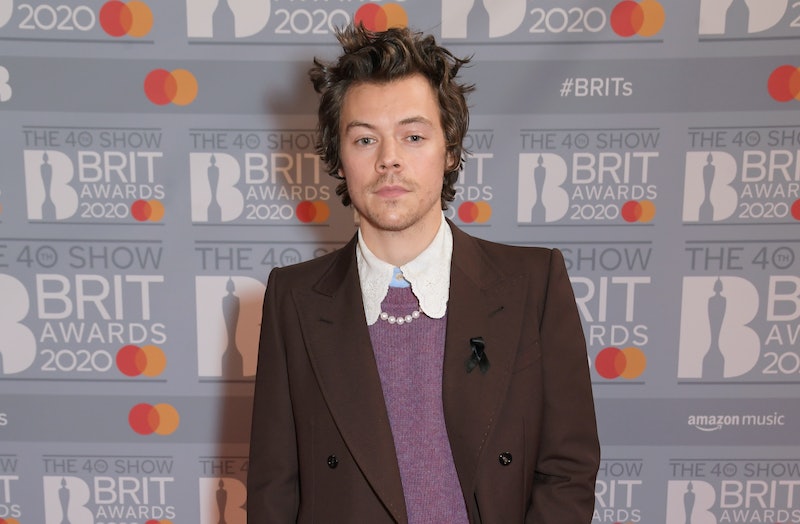 Twitter is spiraling right now, and it's all thanks to a single photo of Harry Styles. The singer and actor snapped a selfie with a fan on Sep. 15, and within hours "His Hair" was trending on Twitter with fans theorizing that he has dyed his brunette locks darker.

In the photo, Styles' brunette hair, which is typically worn pushed back a la his "Watermelon Sugar" music video, is styled in a deep side part, his natural waves rolling along the top just skimming his forehead. While the length is similar to how he has been wearing his hair as of late, some fans believe the star of Olivia Wilde's upcoming thriller Don't Worry, Darling may have dyed his hair for the role.

Several Twitter users reposted the image inquirying if Styles' hair was darker while connecting the seemingly deeper hue with his upcoming role. One user wrote, "he cut and dyed his hair right, if it's for dwd and it's set in the 50s..." adding a black and white photo of a classic '50s men's hairstyle. Another said Styles' alleged new look was the start of the "darling era."

Styles has not commented on his hair, and other users believe the seemingly darker brown is due to lighting. Regardless, Style's locks were still trending just for being amazing — the power.