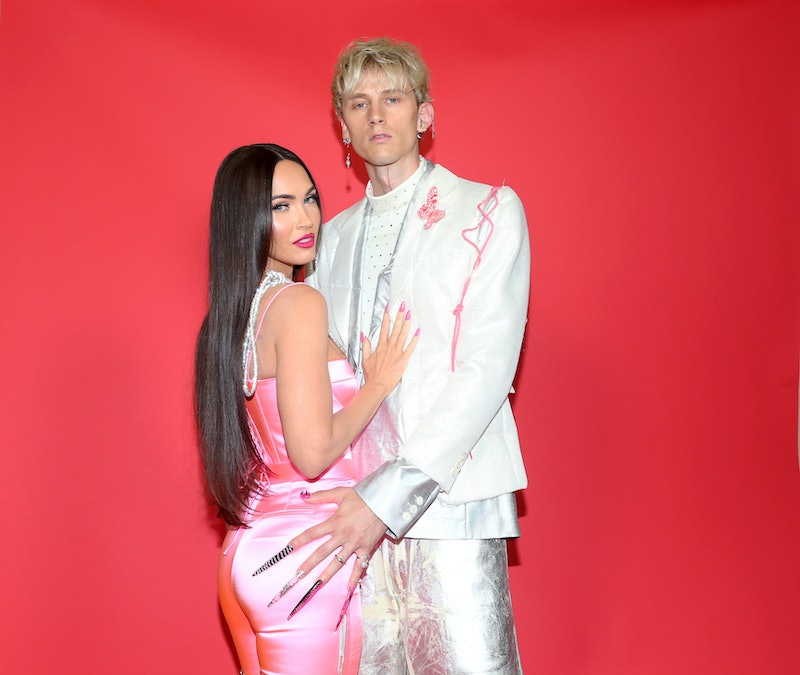 Megan Fox is officially engaged to Machine Gun Kelly, as the couple announced on Instagram Wednesday with a multi-angle video of the proposal. Kelly also shared the sparkler he presented his fiancé with — and naturally, it features one of the major engagement ring trends of the year. Megan Fox’s engagement ring also included a hidden meaning that will melt your cold heart.

Alongside a video of Fox’s engagement ring, Kelly explained that he designed the two-stone diamond and emerald ring with the help of Stephen Webster. He explained that the unique piece of jewelry has an underlying message that is unique to the two of them.

“I know tradition is one ring, but I designed it with Stephen Webster to be two: the emerald (her birth stone) and the diamond (my birth stone) set on two magnetic bands of thorns that draw together as two halves of the same soul forming the obscure heart that is our love,” he explained.

Kelly is right that traditionally, one stone is more popular for engagement rings. But two-stone rings are very on-trend right now, with celebs like Ariana Grande and Emily Ratajkowski both wearing the style. Two-stone rings (sometimes called Moi et Toi) aren’t a new phenomenon, however; they date back to everyone from Jackie Kennedy to Empress Josephine.

Whether you’re on the hunt for an engagement ring for yourself, looking to re-set your existing stones, or simply want a knockout right-hand ring that will have all eyes on you, shop two-stone rings like Fox’s below.