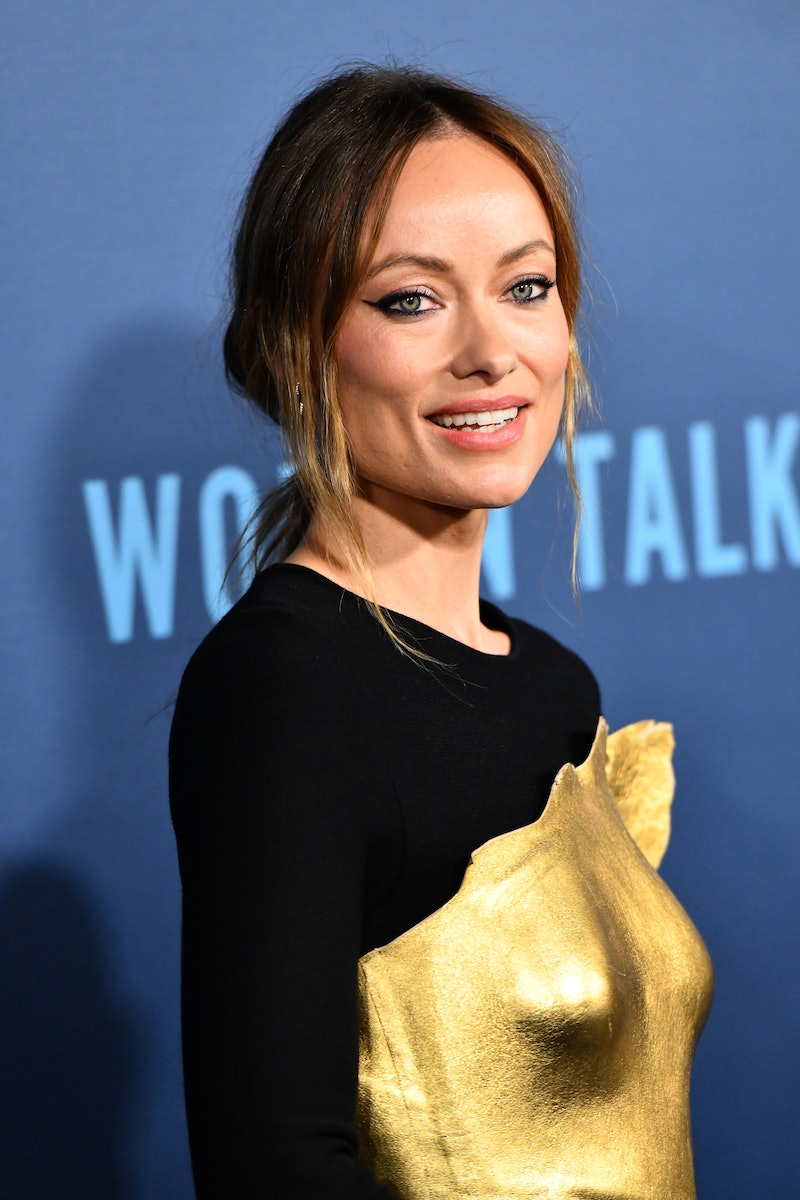 Olivia Wilde chose an exceptionally apt look for the LA premiere of Women Talking last night. The dramatic gown serves as a nod to female empowerment, a cause that Wilde is well-known for championing (especially within the industry). And seeing that the film is about women banding together in a time of crisis, the sartorial choice made perfect sense.

The Don’t Worry Darling director wore a long black dress featuring a shimmering gold breastplate rendered from molded leather with distressed edges. The first look to hit the runway at Gabriela Hearst’s spring 2023 runway show, the sculputural design was inspired by Athena, goddess of wisdom and war. She grounded the statement gown with a pair of ultra-chunky, black leather platform Mary Janes.

Though the statement is bold to say the least, Wilde actually isn’t the first to rock a metallic breastplate this week. Euphoria’s Sydney Sweeney took on the powerful trend at GQ’s Man of the Year Awards just days ago, modeling a more futuristic, chrome variation by LaQuan Smith. Sweeney channeled Jane Fonda in Barbarella, as she’s set to star in a remake of the ‘60s sci-fi flick. Before her, Zendaya famously wore a show-stopping hot-pink Tom Ford breastplate to the Critics’ Choice Awards in 2020.

Simply put, I love this trend and hope to see more of it on the red carpet.