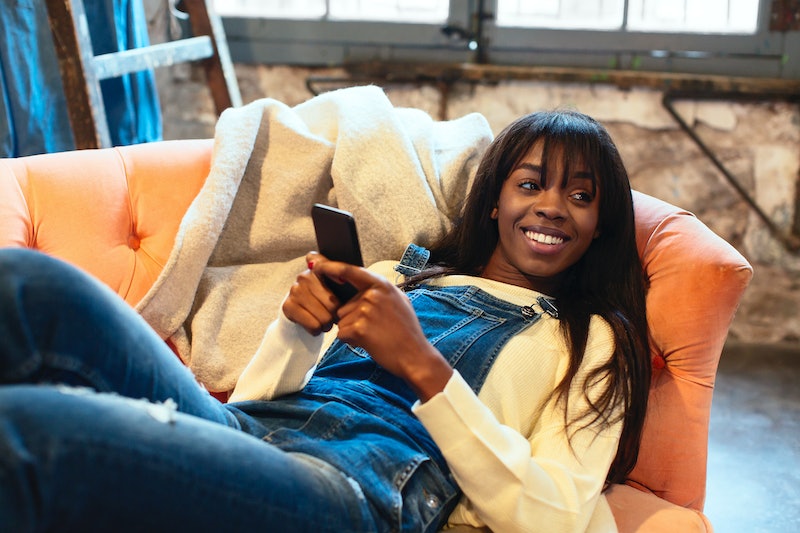 During lockdown, dating apps have proven to be a true lifeline for many in the search for friendship and love. Now, there's a new app to try, but String has a trick up its sleeve. Instead of swiping left and right, and texting, String encourages users to "date with your voice."

The creators behind String saw the pandemic as an opportunity to switch up the dating app scene. Once you match with someone, you can send them a voice note and get the conversation going. Literally.

"We know that starting a conversation can be hard and it's often difficult to show off your true personality and vibe, but not anymore," reads the Apple app store blurb. "Voices speak a lot louder than words… that's our motto! And we've eliminated all of that by helping you put your voice to your pictures, making conversations genuine and original."

"The idea came about as a result of using dating apps and realising it's pretty difficult to get your whole personality across through text messages," co-founder Tinashe told The Tab. “Texting a friend is easy and feels natural because you already know them and understand their personality, sarcasm, and jokes. But doing the same with a stranger you've never spoken with is a lot more difficult.”

A voice and accent is pretty important and String cuts the risk of being surprised by your crush's voice or sense of humour. "So why not do the natural thing and use your voice to communicate? We think voice notes allow people to show their true personality in a much more fun and impactful way,” says Tinashe.

Voice notes mean you can kiss goodbye to the days of sending your SO endless essays and having to scroll to remind yourself of their favourite band or TV show.