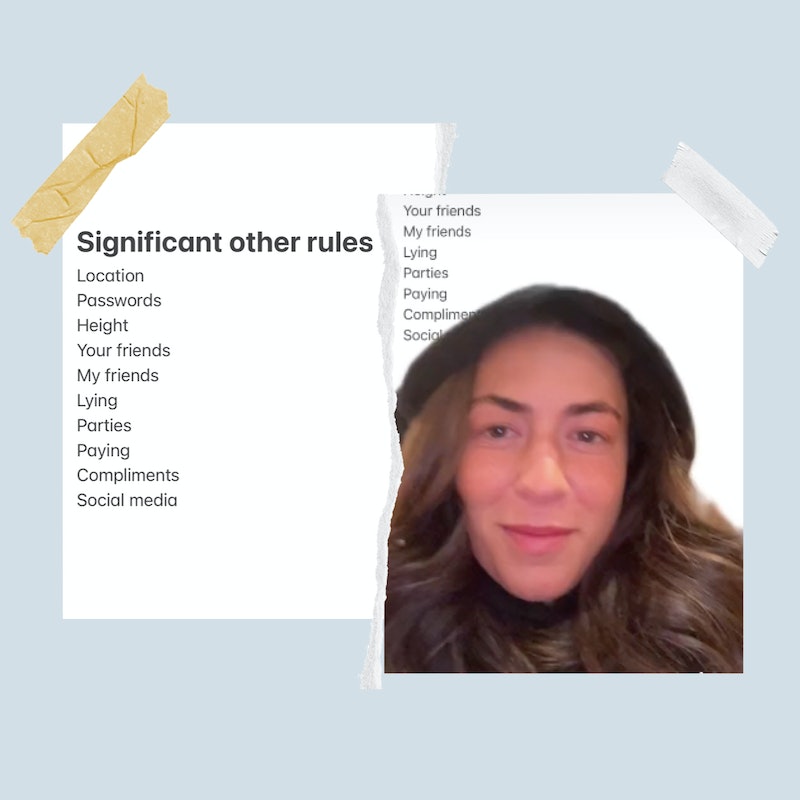 No matter where you are in the dating process, it’s never a bad idea to have a solid grasp on what you’re looking for, what your standards are, and what you won’t accept in a partner. Especially if you’re aiming for a long-term relationship, having even a general understanding of the expectations you have for a future significant other can help you avoid spending time in unfavorable dating situations. This is apparently a shared belief among many TikTok creators, as evidenced by the popular “rules for dating” TikTok trend.

With over 771,000 views, the hashtag #rulesfordating on TikTok shows varying perspectives on what is acceptable in a relationship. From opinions on sharing passwords to sharing your location in relationships, many creators have followed the trend by creating a list of their own rules. Looking at the hashtag, you’ll find people in front of a Notes app screenshot, displaying a list of topics. In the videos, they’ll go through the list and share their boundaries around each item. These posts range from genuine to genuinely hilarious, so you’re bound to get a chuckle or two out of them.

If you’re curious to learn more, or figure out how to bring your own list into the mix, here's everything you need to know about the TikTok trend.

The TikTok trend seems to have started in on April 10, 2022 when creator @samkelly322 posted a video with her boyfriend (@vincentgiganteee) in which they discussed the rules they have within their relationship using the Green Screen feature and a list on the Notes app. Their specific rules, from sharing their Snapchat locations with each other to not attending parties alone if their partner doesn’t know anyone there, garnered over 288,000 likes and almost 1,100 comments. As to be expected, not all of the responses were positive. One person commented, “I love the mutual respect,” while others said things like, “I couldn’t imagine my bf not letting me go to a bar with my friends.”

From there, many other creators have started making their own videos using different variations of this list format, including popular creator @victoriaparis. In Paris’ video, she explained that, while she’s happy to accept a future partner sharing their location with her, she won’t be doing the same. Paris also said that while she’s happy to be in her “sugar mommy era” where she pays the bill on dates with women, when it comes to dating men, “There’s still a wage gap, pay for my sh*t.”

How To Make Your Own “Rules For Dating” Video

If you’re feeling inspired, making your own dating rules video is pretty simple. First, start by using the Notes app on your phone to create a list of topics — location, passwords, height, your friends, my friends, lying, parties, paying, compliments, and social media — following the format of the videos under the hashtag. Once you’ve typed out your list, take a screenshot. Then, using the TikTok video editor, record your video using the “Green Screen” effect in the editor. You can choose the screenshot of the list from your phone’s photos to upload as your background. When you’re recording the video, you can point to each list item and explain your thoughts. Finally, upload your video, and join in the chaotic dating discourse.

More like this
35 Sexy Texts To Send Your Partner
By Griffin Wynne and Carolyn Steber
Are Quality Time & Words Of Affirmation Love Languages Compatible?
By Lexi Inks
8 Flirty Games To Play Over Text With Your Crush
By Lexi Inks
15 Types Of Relationships & How To Define Yours, According To Experts
By Madeline Howard
Get Even More From Bustle — Sign Up For The Newsletter