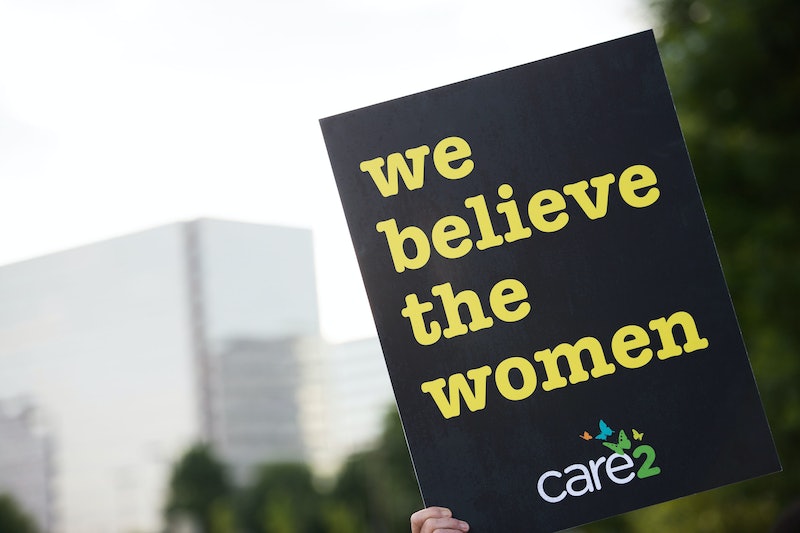 On Monday, New York Magazine unveiled a powerful cover featuring 35 women who say they're victims of Bill Cosby, and whose stories have never been believed — until now. The cover follows six months of research by the magazine, as well as two high-profile leaked depositions that saw Cosby, once a beloved figure, boast about his conquests of younger women and admit to obtaining Quaaludes to have sex with them. Unfortunately, as of Monday morning, the New York Magazine website is down. (Update: As of Monday morning, the website is back up.)

You'd think that this might be due to the high influx of traffic to the story. However, Daily Dot is reporting another possibility: hackers. An anonymous New York Magazine employee told the Daily Dot that he or she believed the publication was the target of an online attack. A hacker named ThreatKing has taken credit for dismantling the site, although the magazine hasn't confirmed or denied this, merely Tweeting that it was working on fixing the problem. "Our site is experiencing technical difficulties. We are aware of the issue, and working on a fix," it Tweeted Monday morning.

Regardless, you still don't have access to the publication online, and it's a story everybody should read. Here are some of your options...

Hopefully, the New York Magazine site will be available soon. ThreatKing said he would try to keep the site down for 14 hours. It's likely that he'll give up, the magazine will fix the problem, or traffic will slow within the next couple days. Then, you can cozy up with your laptop, a cup of tea, and an hour to dig into the newest New York Magazine feature.

More like this
10/10 recommend windmill tk
By Melanie Mignucci
20 Genius Kitchen Storage Solutions For Decluttering Your Space
By Emma Garza
Is The Insta-Famous Always Pan Actually Worth It?
By Jessica Goodman
How To Get Your Hands On Manolo Blahnik’s Latest Birkenstock Collab In The UK
By Vivian Iroanya and Rachel Mantock
Get Even More From Bustle — Sign Up For The Newsletter