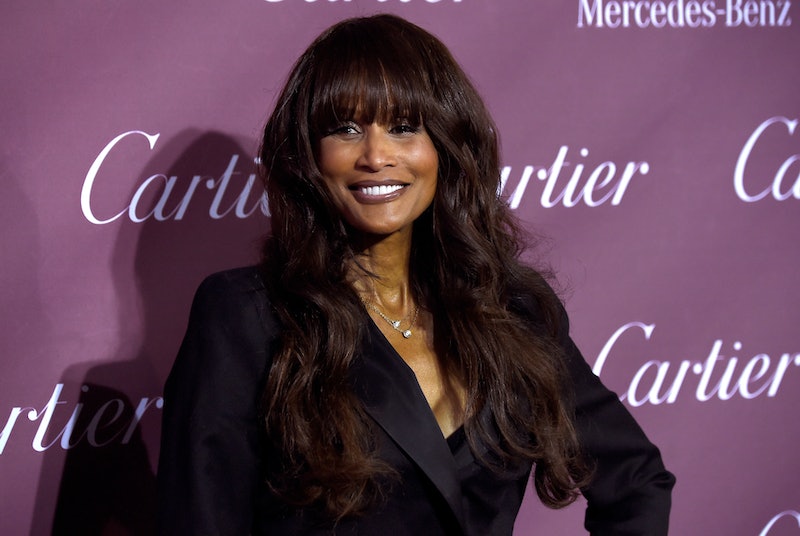 Thirty-five of the over 40 women who have accused Cosby of rape and sexual misconduct are finally getting the chance to put themselves at the forefront of the story thanks to a historic cover and accompanying essay for New York Magazine. Cosby's accusers recounted their allegedly traumatizing experiences and participated in a powerful photo shoot. Behind these graphic claims are 35 alleged survivors of rape, and these quotes from their stories will move you.

The fact that these women are sharing their claims so openly helps to spread awareness of what it means to be an alleged victim of sexual assault and it helps remind the public that ignoring or dismissing claims about sexual assault cannot and should not be tolerated.

But these are not tales of triumph over Cosby's alleged actions. When reading the New York Magazine story, I sense a feeling of relief in these accusers' stories. With this story, they present themselves to the public as unique, beautiful, living, breathing humans who allegedly experienced events that no woman or man should ever have to experience.

Until you can access the New York Mag story for yourself, here are the 11 most important quotes.

"People often these days says, 'Well, why didn't you take it to the police?' Andrea Constand went to the police in 2005 — how'd it work out for her? Not at all. In 2005, Bill Cosby still had control of the media. In 2015, we have social media. We can't be disappeared. It's online and it can never go away." — Tamara Green

For all of its faults, this is one circumstance in which social media and our "always plugged in" culture can do some good.

"I had a few moments where I tried to come forward. But I was just too scared, and I also had the extra burden of not really wanting to take an African-American man down." — Jewel Allison

According to the Rape, Abuse, And Incest National Network, 68 percent of sexual assaults go unreported to police. Allison is not alone in being scared to report an alleged rape.

"There was no date rape back then. I just knew that something horrible had happened. But I couldn't put a name to it. The difference between this and that rape in the dark alley is that his face would be before me every week on TV. People would mention a joke that he said: 'Wasn't that funny?' And all the while, my stomach would be churning." — Joan Tarshis

To be raped is a horror that I can't even begin to fathom. But to hold the person you are accusing of rape in a totally different light than the majority of the country is truly unimaginable.

"Eighteen is very young. It took me a long, long time to come to terms with the fact that it was him, it wasn't me." — Linday Joy Traitz

Many of the women featured in the New York Magazine piece have felt the consequences of Cosby's alleged actions long after the incidents allegedly occurred.

"People go, 'Why haven't you gotten over it?' But you might as well ask a combat soldier why he doesn't forget the Battle of Guadalcanal. There was someone trying to harm him, someone trying to kill him, and they never get over it, they just learn how to cope with it." — Tamara Green

It's an unbelievably dense thing to ask anyone who claims they have been raped why they haven't gotten over it yet.

"I read Barbara Bowman's piece in the Washington Post, how no one believed her, and I said, 'This is it. I have to say something now. I have to sand up and say, Yes. Somebody else does believe you, because it happened to me.' It was sort of like we were yodeling in a canyon and set off an avalanche. I knew I wasn't ever gonna receive any money. I certainly didn't want to be remembered as the woman that Bill Cosby raped. But I just felt so vindicated that I wasn't alone." — Joan Tarshis

Barbara Bowman has been very vocal about her allegedly traumatizing experience at the hands of Cosby. Tarshis is just one example of someone who was inspired to air her claims after reading the account of another alleged victim of Cosby's.

"How would it benefit any of us? It doesn't. We're telling the story because we can't hold it in anymore." — Kathy McKee

These women have had to put up with being called liars for years.

"I came forward to offer my support as a witness... When only one or two women came out, a couple of years ago, they were ridiculed more. It's hard not to believe the numbers now." — Janice Baker-Kinney

The illuminating New York Magazine essay refers to the group of alleged victims as "a sorrowful sisterhood." Though it's terrible that the group needed great numbers to have their claims truly heard, I am relieved that none of these women has to feel alone in coming forward to accuse Cosby of sexual assault and/or rape.

"I went online one morning, just to check my email. The Yahoo page came up, and there was something about Cosby, this thing with Hannibal Buress. And all of a sudden, something just hit me. Anger. Son of a bitch! You know, a woman can be not believed for 30 years. But it takes one man? To make a joke about it? That fucking pissed me off so bad. Suddenly I'm thinking, Who do I contact?" — Victoria Valentino

It's sad that it took a man to finally bring the allegations against Cosby back into the public eye after these numerous women have tried for so long to get the world's attention.

"The part of it I wasn't prepared for was the onslaught of women that have been assaulted and them telling me their story because I told mine." — Beverly Johnson

The chain reaction of women who have come forward to accuse Cosby of rape has truly been astounding.

"... we talk, all the survivors. We just had the [NY Magazine] photo shoot. And I said it was one of the greatest experiences I ever had. It was fun. We had great music, great food, we were all dancing and laughing, and yet in L.A., the L.A. group said it was so somber, and everybody was upset. And I said, 'What, are you kidding? We were celebrating here in New York, baby.' Our freedom, our freedom! Nothing macabre about that. We're out." — PJ Master

Regardless of anything that may come out of this story on the legal end, let us just acknowledge how incredibly powerful and important their statements are.

In response to the allegations of rape and sexual assault, Cosby’s lawyers released this statement in 2014:

When a 2015 report from the Associate Press unveiled documents from a 2005 deposition in which Cosby admitted to obtaining quaaludes to use to have sex with women, his lawyers released another statement: