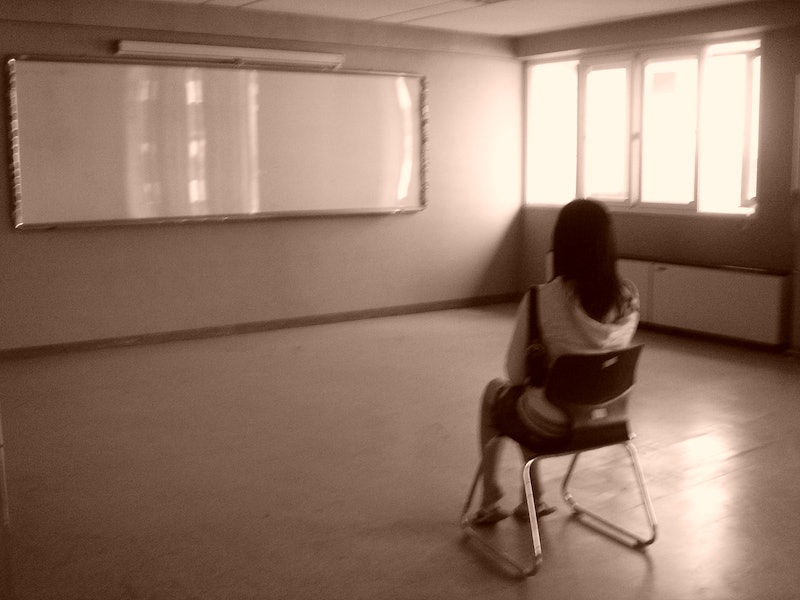 As a culture, we seem to have this gigantic fear of “settling” — we dream big, and the worst thing in the world is not to accomplish those dreams. But what is life really like when you “settle?” That's what Redditor grandballoon wanted to find out when s/he posted a thread to AskReddit over the weekend asking, “Redditors who 'settled,' what does your life look like now? What did you used to hope for?” — and it turns out that the answer is a lot more complicated than you probably think.

I'll admit that some of the responses to the prompt sound a little… well, whiny. There's a fair number of folks saying, “Well, the world conspired against me, so now I'm stuck in a life I don't want. Whomp, whomp.” To an extent, yes, luck has more to do with how our lives turn out than we would all probably like; the genes we're born with, how privileged we are, and even being in the right place at the right time are all things we can't necessarily control. At the same time, though, I would argue that although we can be dealt shitty hands, playing them once you've got them is totally up to you. Sure, you may not be the rock star you always wanted to be — literally or figuratively — but you're responsible for your own happiness, even if you find it in the little things as opposed to the big ones.

But I think the biggest takeaway from the thread isn't whether or not you should settle, or whether settling is a good thing or a bad thing, or anything like that. Rather, it's that “settling” means something different to just about everyone. For every person who says they settled and that they're unhappy with the results, there's someone else saying they settled and it ended up being exactly what they needed. It's all in how you look at it. As Mark Manson put it in “In Defense of Being Average,” there's nothing particularly meretricious in pursuing mediocrity, “because we all should try to do the best we possibly can”; but there is something to said for “the merits of accepting mediocrity when we end up there despite our best efforts.”

Although we all dream big, we may not all necessarily “get there.” But you know what? That's OK. We're not failures because of it — and if you wake up one day and decide that you don't want to have settled? It's never too late to try to do something about.

Here are some of the many, many things settling can mean for different people. Head on over to AskReddit for more.

1. It can be the best decision you ever made.

We've talked lot about the rising cost of rent in the Bay Area, but for the curious, here's the article kethinov linked to — an article which pegs the price for a “median” home in the San Francisco/Sacramento area at $142,448.33. Is it troubling and frustrating that this is where we're at right now? Yes. But kethinov's story, I would argue, is possibly the best case scenario: Letting go of one dream because there's another one to be had — one that will make you happier in the end. Maybe “settling” isn't actually resigning yourself to anything. Maybe it's just a dream you haven't realized you have yet.

2. It can be a way to cope with a broken heart.

I would argue that in situations like this, if you're unhappy, there are things you can do to get yourself to a happier place. But I get the heartbreak thing; after you've been through a terrible one, sometimes "settling" might seem like the thing to do.

And with journeys, it's not always where you end up that matters. It's how you get there.

4. Sometimes what you end up doing isn't anything like what you thought you'd be doing.

But again, that's OK. And hey, you could always do this:

Because why does it have to be either/or?

I'm glad you got out of such an awful situation, Bullwinkle JM, and I'm glad you have a solid support system behind you. “If it's broke, fix it or GTFO” is excellent life advice.

6. “Sometimes we have to let go of the life we've planned for ourselves so we can have the life that's waiting for us.”

I'll let this one speak for itself.

7. Sometimes it takes a while to figure out what makes you happy.

There's a common thread between a lot of these stories of “settling”: It's just one stop during an entire lifetime's worth of trips.

9. There are lots of hard choices to be made.

Sometimes “settling” is not knowing which choice to make.

10. Settling can be enough.

And enough is OK.

12. There's only one thing you should never settle for.

This. Yes. This. Surround yourself with good people, and try to be the kind of good person by which other people want to be surrounded. Life is too short to settle for toxic people.