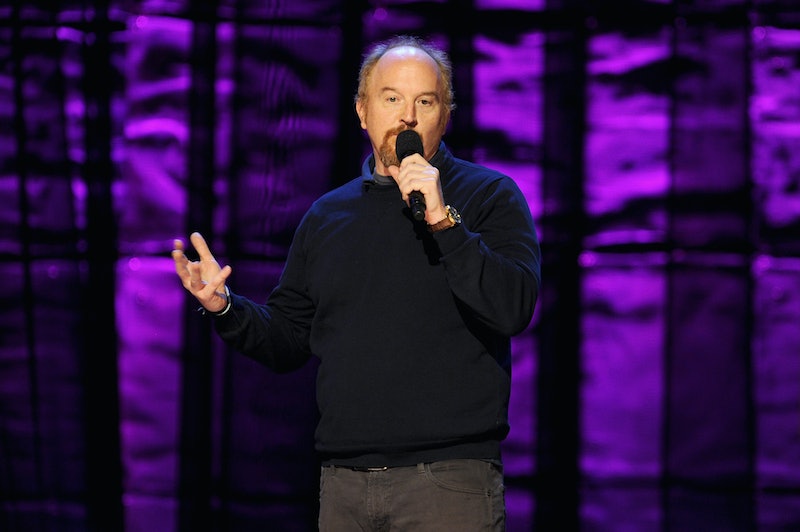 Louis CK is kind of the Beyoncé of comedy right now. It's like he's reached Sims level 10 in his career track and has transcended stand-up comedy to become some sort of benevolent comedy god with Amy Poehler and Tina Fey — reaching both middle America and the discerning hipster crowds, spouting hilarious yet philosophically truthful monologues from their modern Olympus. Basically, dude's got it going on right now, and now we've got even more proof because Louis CK just signed a big development deal with FX for another show.

FX, which is already the home to CK's critically acclaimed and Emmy-winning show Louie, has just penned a deal to produce a new series that CK will executive produce. One interesting tidbit from Deadline's reporting of this struck us, though:

Louis CK already is a Renaissance man, writing, directing, editing and starring in his shows. Now he will add a new role — guiding other creators as they get their projects off the ground.

This is, of course, something that many of the biggest comedians have done — mentoring or working with other people isn't new or groundbreaking, just look at Judd Apatow, who's built his whole career around finding and working with the best rising new talent. Tina Fey's Emmy speech with 30 Rock writer Tracey Wigfield (which you can see below; the action starts around 1:15) was hilariously irreverent but was also a sweet glimpse at what Fey is passing down to the next generation of writers.

And we're pretty psyched that CK is now, at least in some small possible way, heading down that path as well. Because we love ourselves some Louis CK, but wouldn't it be cool if he put his weight behind a show that wasn't centered around a white male?

Louis CK's "thing," for the most part, centers around his sad old man humor — and he's really damn good at it. But we also know, from watching him speak and from watching his show, that he has a remarkably good head on his shoulders when it comes to understanding that there are other voices and perspectives out there, and he's really good at bringing comedy to that (check out his bits on what dating is like for women, and his one about time traveling as a white male, both of which you can see blow).

We're unabashedly excited to see whatever project Louis CK decides to work on next with his giant benevolent comedy god brain. We're also not-so-secretly hoping he uses that brain to help boost up some of the great new talented voices that maybe will just happen to be the females, or people-of-color, or female people of color that are out there and so rarely boosted.