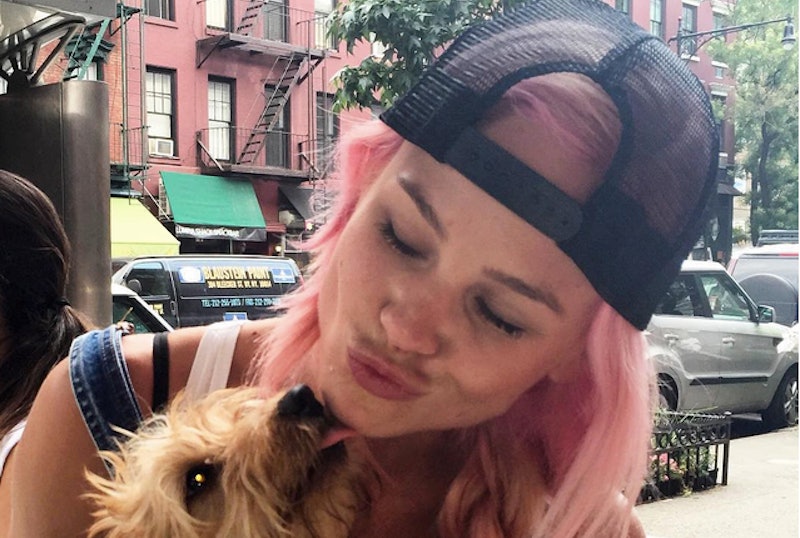 Between all the mermaid locks and Sand Art styles, pink hair has been a favorite this season. Meghan King Edmonds of RHOC is the latest celeb to have joined the hair trend in a big way. After the mother of her stepchildren, LeAnn Edmonds, passed away, Edmonds dyed her hair bright pink, joining the band of celebs embracing the trend such as Kelly Ripa, Nicole Richie, and Iggy Azalea. However, Edmonds new hue was not an attempt to stay relevant; instead, the television personality's hair color change was inspired by her husband's ex-wife LeAnn, who passed away Wednesday after battling cancer for quite some time.

The Real Housewives of Orange County star talked to People on Monday and explained the source of the inspiration for the new do.

Edmonds first debuted her new look to her 85,000 Instagram followers (what other way is there to debut a new hairstyle?), and fans were relatively moved by the sweet gesture. It is not often we see a man's current and ex-wife befriend one another, but coloring her locks was a sign at just how close the two were.

Even though the hair color itself makes quite a statement, the reasoning behind the new do is what really makes it special and truly memorable. Edmonds hasn't said yet when or if she plans to return to her usual shade of blonde, but in the meantime I know I'm sending my personal condolences to the Edmonds family.