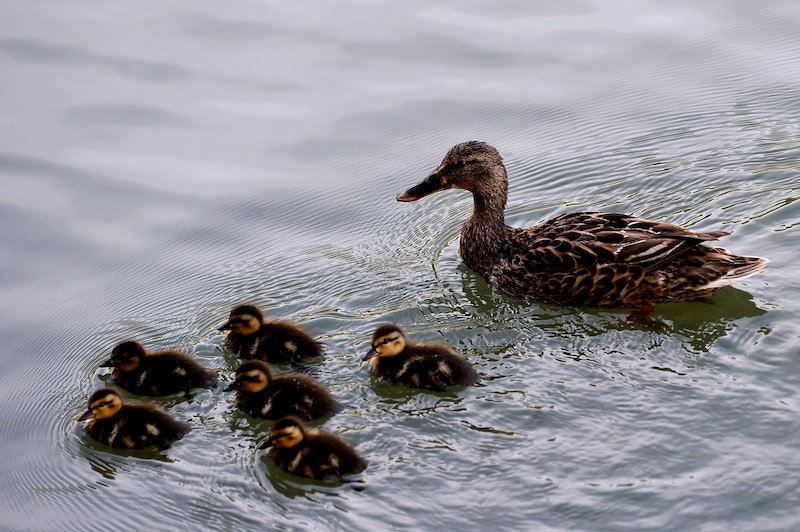 Each year, more than 34,000 people die from suicide in the United States, according to Emory University, and more than 1,000 of those suicides occur on college campuses. Each situation is different and should be treated as such, but stories from survivors often reveal that at the core of the problem is the immense societal pressure to be perfect, or at least appear to be. It's a trend that the Stanford University community has dubbed "Duck Syndrome." But what exactly is Duck Syndrome, where does it come from, and are campus-based suicide prevention programs doing enough to prevent it from leading to tragedy?

There's no denying that suicide among young people remains a serious problem. Suicide is the second-leading cause of death among people ages 25 to 34 and the third-leading cause of death among people ages 15 to 24. In fact, one in 10 college students has reportedly made a plan for suicide. Among the likely causes for suicidal thoughts and actions in college students is the so-called Duck Syndrome. A well-known phrase on Stanford's campus, Duck Syndrome compares college students with a duck because of the way that it glides gracefully along the surface of the water, while thrashing frantically beneath the surface to stay afloat.

This seems like a comparison that most young people can relate to — suicidal or not. We juggle internships, jobs, grad school, a social life, and more, and we are constantly bombarded with pressure from the media, social media, and society to keep it all together. It's definitely a stressful situation — so how do we cope?

Suicide prevention on college campuses is needed now more than ever before. In many cases, college prevention programs emphasize emotional support systems among students and informational resources that raise awareness about the issue. It's hard to measure the success of these programs quantitatively, especially over short periods of time, but if the increased level of mainstream conversation is any indication, then it seems like these programs are doing their job.

Amidst all the conversation, though, few resources appear to address the pressure to be perfect. They focus on stress management techniques, urgent-need hotlines, and more — all of which are important in order to prevent suicide — but they might not specifically address Duck Syndrome.

In order to prevent Duck Syndrome altogether, perhaps we need to embrace a new definition of perfection — one where it's OK to sometimes be vulnerable and takes happiness into consideration. Success will always be valued and fittingly so, but it seems to me that a problem arises when we stop valuing happiness as a precursor to that success.

Campus suicide prevention programs can't necessarily change the "Duck Syndrome" mentality on their own. For that, we'd need a complete societal shift of mindset. But they're as good a place as any to start.

More like this
What Is Happening With Sheku Bayoh’s Case?
By Sophie McEvoy
The Most Powerful Photos From The Weekend’s Abortion Rights Protests
By Melanie Mignucci
Every Single Big & Small Way You Can Fight For Abortion Rights
By Tess Garcia
The UK Abortion Laws In 2022, Explained
By Sophie McEvoy
Get Even More From Bustle — Sign Up For The Newsletter