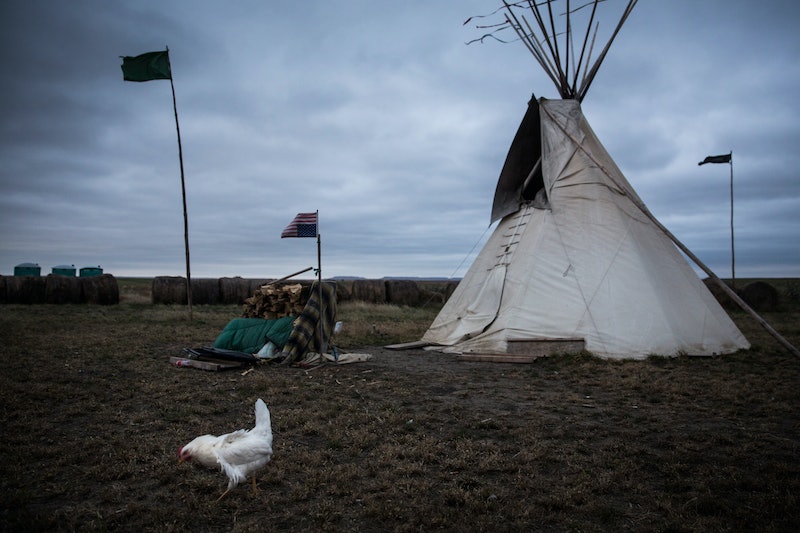 The death of Black Lives Matter activist Sandra Bland has made national headlines as many have questioned the circumstances surrounding what authorities said was a suicide in her Texas jail cell. But another civil activist (and countless others over the years) died in police custody just one day after Bland in what appears to be an eerily similar situation. But who was Rexdale Henry, the Native American civil rights activist found dead in his jail cell in Mississippi?

On July 14, Henry's body was discovered at around 10 a.m. in his cell at Neshoba County Jail in Philadelphia, Mississippi. The 53-year-old, who was arrested on July 9 for failing to pay a fine, was last seen alive a half hour earlier, according to WTOK. The Mississippi crime lab has conducted an autopsy, and the Mississippi Bureau of Investigation is currently involved in looking into Henry's cause of death, according to the Jackson Free Press. According to Fusion, Henry is the second person to die in that county jail in the past year.

A lifelong Native American civil rights activist, Henry was a leader in his Choctaw tribe, which is based in the southeast region of the United States that spans modern-day Mississippi, Louisiana, Alabama, and Florida. Last month, Henry ran as a candidate for a seat on the Choctaw Tribal Council for the Mississippi Band of Choctaw for its June 9 election. According to Native News Online, he was also considered a medicine man and coached stickball.

Henry's family has questioned the circumstances surrounding his death, claiming he was healthy when he was arrested. Henry's body will be transported to Florida for an independent autopsy thanks for aid from civil rights activists John Steele and Diane Nash as well as Syracuse University law professors Janis McDonald and Paul Johnson.

The numbers don't lie: While African Americans between the ages of 20 to 24 are the most likely to be killed by law enforcement, Native Americans between 25 to 35, 35 to 44, and 20 to 24 rank second, third, and fifth, respectively, on that list, according to the Center on Juvenile and Criminal Justice. It's for this reason Henry's death represents a larger issue in shedding light on the very similar experiences between these two maligned communities. Professor McDonald wrote in a statement to Fusion:

At a time when the nation is focused on the terrible circumstances of the brutal death of Sandra Bland, it is critical to expose the many ways in which Black Americans, Native Americans and other minorities are being arrested for minor charges and end up dead in jail cells.

The Native American condition has largely been kept a footnote in U.S. history, but with more attention being paid to the black experience in light of police brutality, perhaps that same opportunity will be afforded to the very people who were living in this country before, well, this country even existed.