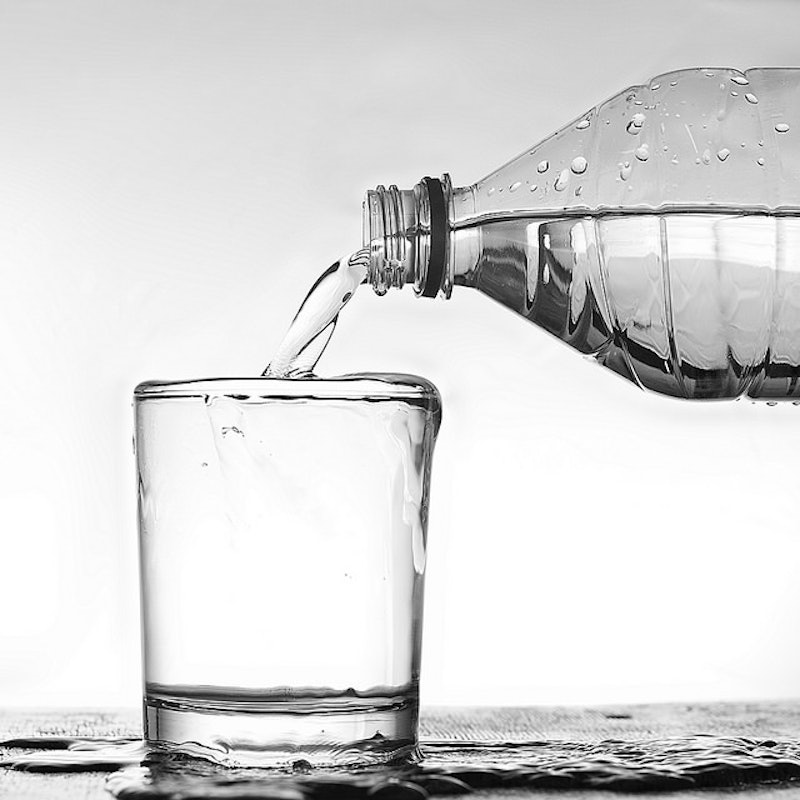 You've probably heard the notion that you should drink eight glasses of water per day, but it turns out that this may be overkill. So how much water should you actually drink? According to new recommendations released from the Harvard Health Letter, between four and six eight-ounce glasses per day should do it, which is a far cry from the eight that we've been told to drink before. The eight-glasses-a-day recommendation, the writers of the Health Letter say, wasn't actually based on science; rather, it was an "educated guess" as to how much water is required to keep your body hydrated. Uh... yikes.

The obvious question that always arises when discussing how many glasses of water we should drink is exactly how much water is in a glass. The conventional wisdom that I've always heard is that one glass of water is equivalent to eight ounces, meaning you should drink 64 ounces of water per day. The Harvard recommendations put the total figure between 30 and 50 ounces, which using the standard eight-ounces-equals-one-glass equation, totals out to between four and six glasses a day. But, they don't recommend only getting your water from actually drinking plain water itself; eating foods and drinking other beverages with naturally hydrating effects should also be factored into this equation. Things like watermelon, spinach, and soup are natural hydraters that aid your body in water retention, making them worth considering along with all that straight water you're drinking to stay hydrated.

According to the new recommendations, the only people who should go over drinking six glasses a day are pregnant women and those who are breastfeeding, since pregnant or breastfeeding bodies are under much more strain than the average person. And there is such a thing as drinking too much water, despite what you may have heard or think. While water does many important things for your body, too much of a good thing really can wreak havoc on your health.

Since actually counting the glasses of water you've had may not be realistic, how can you know if you've had enough or too much water today? Here are four ways to get in tune with your bodies hydration level.

This may seem obvious, but it's true: One of the most common symptoms of dehydration is dry skin. So if you've noticed a flareup of flakiness or that your skin is more parched than usual, increase your water intake.

This may seem kind of gross, but taking a closer look at your pee can help you to tell how hydrated you are. Ideally, your urine should be between a light yellow and a transparent color, which indicates good hydration. If your urine is dark in color, this is usually a sign that you're not hydrated. How much you pee also can tell you if you're hydrated, since you should aim to pee between seven and eight times a day.

If you're noticeably thirsty, you are probably already dehydrated. Thirst is an indication that your body has lost between one and two percent of it's total water content, so if you feel the need to drink, please get yourself some water!

4. You Feel Sick and Disoriented

If you've been drinking a lot of water and feel sick to your stomach or confused, you are probably overhydrated. Overhydrating is especially common in athletes, who tend to drink too much water in order to replenish themselves after physical activity. If you're being active, drink no more than one liter of water per hour to stay in a healthy range and if you think you've overdone it, get to a doctor.