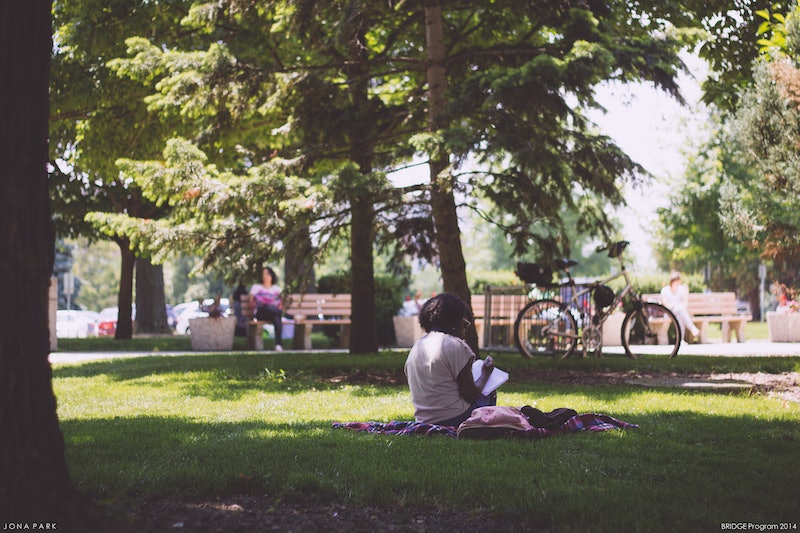 When I was touring colleges and sorting out my choices, there were a couple of things I was concerned about most. Of course, I wanted decent dorm rooms, a fun social scene, and a large enough distance between me and my parents. My parents, on the other hand, were mostly concerned with safety of the campus. If they had their way, they would've packed me up and sent me off to the top school on this latest list of colleges with the safest campuses.

Instead, I went to college in Milwaukee, which is Wisconsin's largest city. I loved going to school in a bigger city, because there were so many new places to see and things to try. But, obviously, larger cities have their downsides. While there were definitely some areas of the city that you didn't want to end up in after sundown, I never felt threatened or unsafe when I was on the actual campus. Props to you, campus security.

But, despite my sense of safety on my college's campus, my school didn't make the list of safest college campuses in 2014-2015. What sorts of things are considered when determining the safety of campuses? Niche put together these rankings by looking at a few different factors, including crime statistics, drug and alcohol usage, and opinions from 82,000 different students.

Curious as to who's leading the way for the safest college campuses in America? Take a look at the top 10!

As a Christian liberal arts college, Wheaton College has a crime rate of zero crimes committed on campus per 1,000 students. In fact, all of the schools on this list share that same crime statistic. Wheaton also boasts an incredibly high freshman retention rate of 95 percent.

I probably shouldn't be surprised that Brigham Young takes two of the spots in the top three — which might be why its students obviously like it there. Its Utah campus has a freshman retention rate of 89 percent.

I really can't say that I'm surprised that all of the colleges on this list are Christian schools. Of course, Biola University is no exception, as a private evangelical Christian university located in Southern California.

With an enrollment of just about 2,000 students, Taylor University is a small school. But that smaller community feel undoubtedly helps it ensure a remarkably safe campus for students.

As a Christian liberal arts college located in Spokane, Wash., Whitworth University offers a safe atmosphere and a freshman retention rate of 85 percent.

Yet another Christian liberal arts university to add to the list. George Fox University is another great option for students who are seeking out safe campuses and a Christian-focused education.

Liberty University describes itself as a "Christian academic community." And, with its incredibly low crime rate, it's definitely a safe one.

For being near a larger city, this Jesuit Catholic research university boasts a surprisingly low crime rate, and a solid freshman retention rate of 95 percent. However, Boston College scored the lowest out of the top 10 for its drug safety grade.

With more than 6,000 students and a location in a more metropolitan area, you might anticipate an unsafe campus. But, Bethel University upholds the apparent standard of maintaining safe campuses.