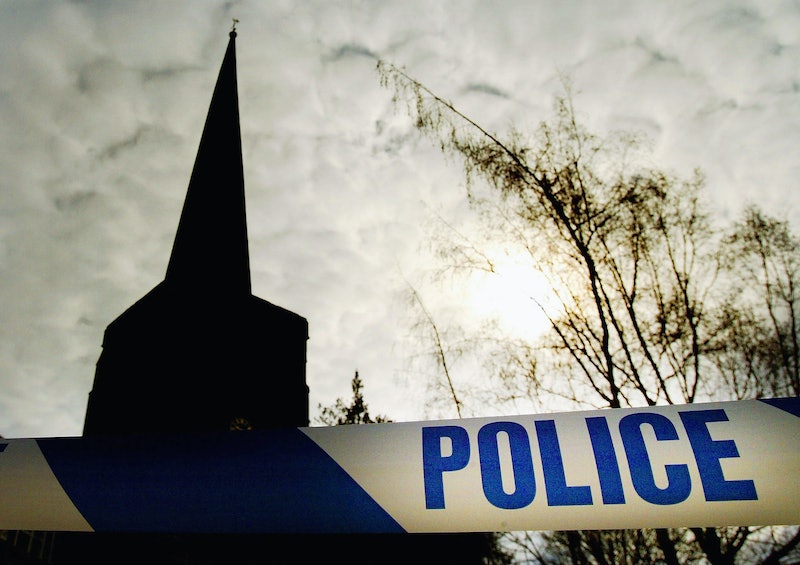 Thanks to the boundless energy and moral force of the Black Lives Matter movement, scrutiny on police killings of people of color has gained a previously unheard-of amount of traction over the past year. The movement has shone a light on some harrowing realities of being black in America, and most troubling is how the cases never seem to slow down. Like in Ohio, where yet another story is building to a head — what happened when Sam Dubose was fatally shot, and will a grand jury indict the officer who pulled the trigger?

For some background: Dubose, 43, was slain during a traffic stop on the evening of July 19. He was pulled over by Officer Ray Tensing, a member of the University of Cincinnati Police Department, reportedly due to his car's lack of a front license plate. The encounter ended with Dubose being shot dead. Since then, his grief-stricken family has demanded justice, and activists and advocates against police brutality have kept the story very much in the spotlight, hammering away at a plethora of still-unanswered questions.

The actual details of what happened are still shrouded in uncertainty, beyond what's been asserted by the police department — that Dubose produced a bottle of alcohol when asked for his license, and that he tried to drive away to escape from Tensing. But there is one piece of evidence the public hasn't seen that could be very revealing: the footage from Tensing's body camera.

By the sound of things, that footage is pretty loaded. On Tuesday, as detailed by WCPO, Cincinatti Police Chief Jeffrey Blackwell said:

The video is not good. I think the city manager has said that also publicly. I'll leave it there ... I don't want to put my personal feelings out prematurely. I just hope that the right thing continues to be done in this investigation and that we're able to move forward from this and allow this to be a moment of learning and teaching for our city.

The city manager he referenced is Harry Black. Although Black hasn't seen the video, according to WTWT, he was told what it shows, and he gave a pretty succinct description:

Someone has died that didn’t necessarily have to die, and I will leave it at that.

These are incredibly telling statements, all things considered. Police departments, as the past several months have demonstrated pretty well, tend to throw their full weight behind defending their officers unless it's absolutely untenable to do so. With no less than the chief of police speaking on it ahead of time, you can feel reasonably assured that whenever the footage goes public, it's going to upset a lot of people.

But it's unclear when the video will be made public, and that's a sticking point right now. At present, it's being withheld by Hamilton County prosecutor Joe Deters. According to the AP, multiple media outlets have sued to gain access to the footage, claiming that Deters' refusal to release it constitutes a violation of the state's open records law. Conversely, Deters has claimed that he doesn't want to taint the grand jury process.

This much is clear, however: Whenever the video is finally seen by the public, there's concern on the part of Cincinnati officials what kind of reaction it will provoke. As WCPO detailed, Chief Blackwell has already begun making pleas for peace:

We're concerned, clearly. We're concerned about what could happen in our city. We're hopeful that the people of this great city are reminded that we do things right and that even when an officer may have done something inappropriate that it will be dealt with in an appropriate fashion.

Whether that last part proves true will likely be pivotal in what kind of reaction the video draws. If Deters is successful in holding onto it while the grand jury process plays out, and the outcome ends up looking like it wasn't "dealt with in an appropriate fashion," then it seems a safe bet that outrage will follow. For now, however, everyone's still waiting on the video, with only these ominous quotes from city officials to prepare them.