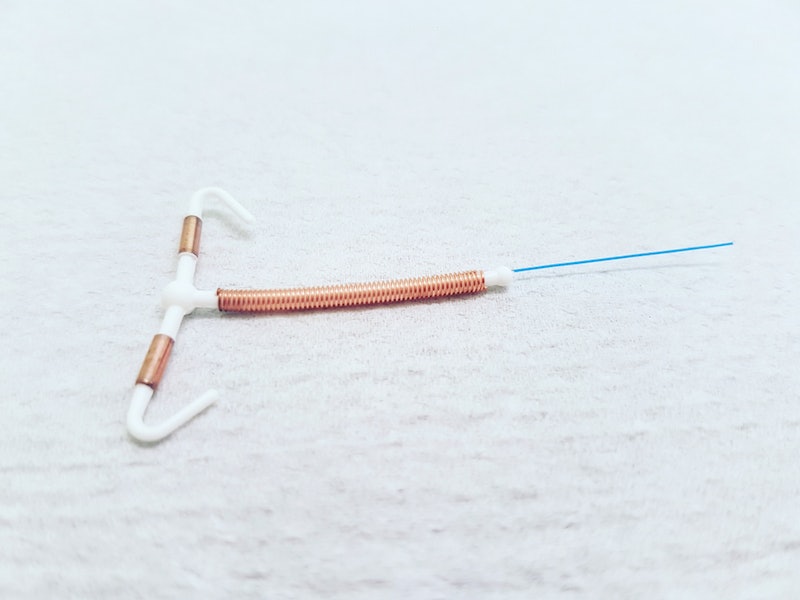 If you pay attention to reproductive rights and (and most of us have to), then you have definitely noticed the rise in popularity of the IUD as a birth control method. Their long-term options for protection (three-10 years), barely existent failure rates (they are 99 percent effective), and frequent personal use by female gynecologists are all reasons why IUDs are so desirable for so many people. And now, recent surveys show that IUDs are the most preferred and satisfying contraceptives.There are three different kinds of IUDs: ParaGard, which is copper, hormone-free, and offers 10 years of protection, and Mirena and Skyla, which have very low hormone levels and offer three to five years of protection, respectively. Those seeking birth control are not only drawn to the greater accessibility of IUDs, but also to their safety. Oral contraceptives are dangerous for many trying to prevent pregnancy because of the hormones within each pill. When some women use The Pill, they risk blood clots, heart attack, stroke, depression, anxiety, weight gain, debilitating headaches, temporary blindness... the list goes on. These factors certainly contribute to DrEd.com's recent findings that IUDs are the most highly rated contraceptives among surveyed users. DrED is a medical information website that recently compiled this research by "using data on U.S. sales figures of major prescription medications as well as 29,672 individual patient ratings of these drugs from the U.S.-focused site, Drugs.com" to study "patterns of patient satisfaction among various categories of the most commonly used drugs."Dissatisfaction, inaccessibility, and health dangers should not be normalized parts of our reproductive freedom. 28 percent of women should not have to rely on medication that is a daily burden. While more people should be educated about IUDs and other, more satisfactory birth control options, we also need to make oral contraceptives better and more accessible for those who rely on them — not only for pregnancy prevention, but for their overall health. Over one million women use oral contraceptives to treat and prevent ovarian cysts, endometriosis, and various gynecological cancers. And 58 percent – over half – use its therapeutic qualities against acne and menstrual pain.

Here's a look at DrEd's specific findings to understand why IUDs are so popular and how oral contraceptives may be improved:

In fact, only one oral contraceptive made it into the top three highest rated at all. ParaGard scored the highest in user satisfaction at 8.9/10, and Skyla came in second at 8.7/10. Ortho-Cyclen, at number three, was the only oral contraceptive to receive a rating higher than 8. Two of the lowest rated contraceptives, Camrese and LoSeasonique, are both oral contraceptives that reduce women's menstrual cycles to only four times a year. They each received scores a bit higher than 5/10. Reduced or lightened periods are often touted as the most beneficial effects of birth control pills aside from pregnancy prevention, so it is important to note that the copper, hormone-free IUD — which can actually make periods heavier — still earned the highest user satisfaction rating.For many people, it appears that lessened menstruation is not worth the awful side effects that often arise when ingesting hormones. While the first runner-up, Skyla, does contain a very low dose of hormones, its low levels do not produce nearly as harsh side effects and offers three years of protection. Not to mention, three years to a decade of protection following one appointment is pretty preferable to the daily responsibilities and yearly costs of The Pill.You'll notice that quite a few non-oral contraceptives also made their way into higher spots on the list. The Mirena IUD, which contains more hormones than Skyla but offers five years of protection, scored in the 8 point range. The Nexplanon implant and the NuvaRing follow slightly behind Mirena, with the Nexplanon, offering three years of protection, scoring slightly higher than the NuvaRing.

We Aren't Happy With Our Contraceptive Medication Options In General

When DrEd researched "the average user rating for all drugs within 12 major categories" — including oral contraceptives, Type 1 and Type 2 diabetes medication, STD and HIV medication, cholesterol medicine, cancer medication, erectile dysfunction pills, depression medicine, ADHD medication, asthma medication, and anemia medication - out of ALL of these categories, oral contraceptives received the second lowest user ratings. This is especially upsetting when you remember that 10.6 million Americans alone use The Pill. So while it certainly works wonders for many women, especially for the millions who successfully use it to combat other serious health problems, there is still a big percentage of people consuming something that makes them feel depressed and sick on a daily basis. So when you consider the aforementioned side effects in addition to the general lack of accessibility surrounding The Pill (especially for those who prefer it), this dissatisfaction is unfortunately not too surprising. Thankfully, there have been recent policy changes that will result in over-the-counter access to birth control for those who want it — finally! These laws will take effect in California in October and in Oregon in January, and will hopefully spread nationally. It will be interesting to see if user satisfaction increases once logistical and economic barriers are lessened for residents of these two states. While greater access to birth control pills won't benefit all women — such as people like myself who cannot safely take oral contraceptives it is an incredible victory for so many, including those who can't afford to miss work to renew their prescriptions, and the 70 percent of people who have stated their desire for OTC birth control. Every single body is different, so let's advocate for universal access to all kinds of contraceptives so that all kinds of people can be satisfied with their options.