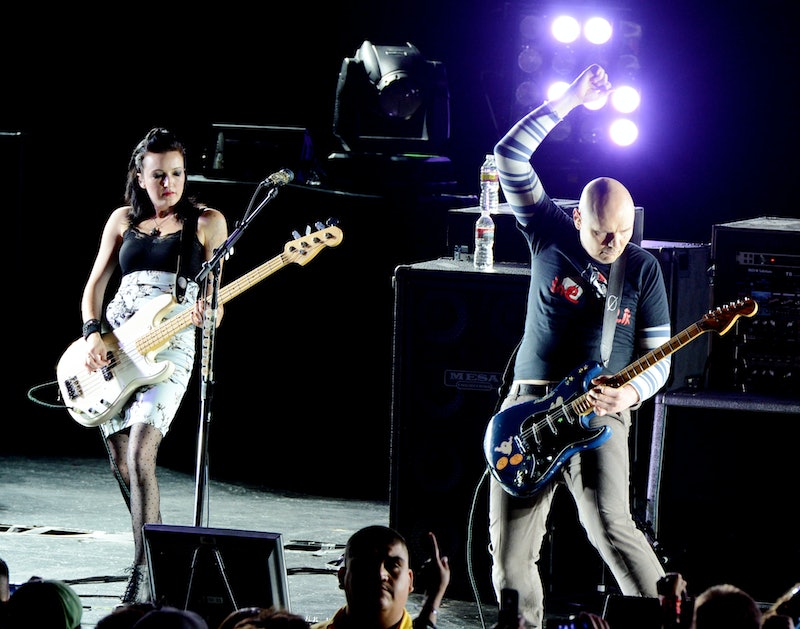 Karaoke may look like an innocent and fun activity from the outside, but any veteran can tell you that — sometimes — it's all-out war. Sure, there are definitely those wonderful occasions when you walk into a judgment-free, supportive karaoke room where every patron is happy to hear you ruin a Cyndi Lauper song. However, more often than not, there are those other nights: the kind where half the room studied musical theater at Juilliard, and the other half are only there to get drunk and make fun of people. That's when it's time to sign up for impressive karaoke songs that will stun the haters and silence the critics (even if you can't sing).

"Who cares what a bunch of strangers at a bar think of me?" you might be asking. "Karaoke's about having fun!" If you truly are above the petty social politics, then I applaud you and celebrate your ability to be wholly self-possessed in the face of critical jerks. For those of you who enter that room and think, "Oh, I'm gonna need to show these jerks who's boss," then, boy, do I have the songs for you.

If it's time to impress the pants off a bunch of Judge Judys, then sign up for one of these kickass rock ballads or power anthems, and make your self-possession a little more well-known.

Even if the haters don't respect you after, you can rest easy in the fact they're the social vampires sent to drain that the song is about. Plus, this is a hard on to mess up.

"I'm The Only One" — Melissa Etheridge

Etheridge's throaty performance hides how high the notes actually are, so do not sign up for it if you can't actually hit them. If you can, though, then for the love of all that is awesome, let your Etheridge flag fly free. After all, everybody loves this song. (If they say they don't then they're lying, and you don't need them in your life because they're a liar.)

The message you send will be clear and upbeat!

If you're really nervous about your singing, then get a friend who can sing to take the main chorus and you cover Missy Elliot's part. Fact: everyone respects Missy Elliot.

As the song goes: "A scrub is a guy that think he's fine / and is also known as a buster / always talkin' about what he wants / and just sits on his broke ass." A scrub is also a social pariah who sits back and judges everyone around them at the karaoke bar because they're too scared to put themselves out there. Oh yes, son, I'm talking to you: I don't want none of your love!

Just in case they're not picking up on how amazing your stage presence is, this song will draw their attention right to it. Bonus points if you can do even a passable Streisand impression.

Just so we're clear: you want to make fun of me for being an amateur singer at an amateur karaoke night? Guess what I have to say to that? (Hint: Shut up, just shut up, shut up).

Just follow this blueprint to success, and you're guaranteed to be a success during karaoke night — no matter your audience.