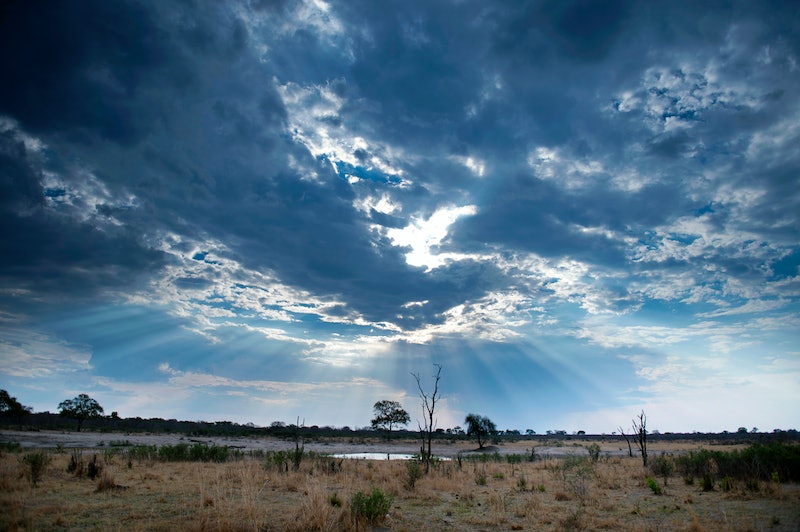 As news of the death of Cecil, a beloved wild lion living in Zimbabwe's Hwange National Park, spread on Tuesday, the man responsible, Walter James Palmer, has been outed for his role. According to The Telegraph, the identity of the hunter, who shot Cecil with his bow, was confirmed by several sources, as well as the The Safari Operators Association of Zimbabwe. Palmer is an American dentist from Eden Prairie, Minnesota, who reportedly paid $55,000 for the opportunity. Palmer admitted that he killed Cecil, but said he regretted it, as he claimed that he thought that the hunt had been organized by professional guides and was legal.

As The Telegraph reported, the father of two is a self-described outdoorsman who spends his free time "observ[ing] and photograph[ing] wildlife," according to the biography on his dental practice's website, which has now been taken down. Several phone calls to the River Bluff Dental office went unanswered or were met with a busy signal.

Sources close to Palmer claim that he had a penchant for taking down large game, like Cecil. In a photo originally posted on a hunting blog, Palmer was shown holding up a 175-pound leopard that he had allegedly shot and killed with his bow in Zimbabwe in 2010.

Guiseppe Carrizosa, a Madrid-based game hunter and guide, told the newspaper that Palmer had visited and hunted with him in recent years. "He came to Spain to hunt with us four or five years ago," claimed Carrizosa, calling Palmer an "expert" marksman. "Bow hunting attracts people because there is much more stalking involved; you have to get very close."

The Telegraph also reported that Palmer had allegedly shot and killed members of several endangered species over the years, including a Nevada Bighorn Sheep, for which hunting permits are scarce.

Palmer has had trouble with the law in relation to his hunts before: In 2008, he plead guilty to making false statements to the U.S. Fish and Wildlife Service in regards to a black bear he had killed some 40 miles outside of the permitted zone. Court documents showed that he had allegedly shot the bear outside of hunting grounds, and then attempted to hide that fact when questioned about it later.

Earlier in 2003, he was also given a citation for fishing without the proper license in Otter Tail County, Minnesota. According to Palmer himself, however, the July 1 hunt had been vastly different than his previous run-ins.

"I had no idea that the lion I took was a known, local favorite, was collared and part of a study until the end of the hunt," said Palmer, in a statement to The Minneapolis Star Tribune on Tuesday, claiming that the outing had been conducted under the watch of local professional guides to ensure legality. He added that he had not yet been contacted by U.S. or Zimbabwe authorities.

"... I deeply regret that my pursuit of an activity I love and practice responsibly and legally resulted in the taking of this lion," Palmer said.

Lion bow-hunting is legal in South Africa, Zimbabwe, Mozambique, and Namibia, so long as hunters obtain the correct permits. However, as The Telegraph noted, given the limited number of permits handed out to individual hunting outfits every year, corruption is common, as was the case in Cecil's death.

According to Zimbabwean authorities, the landowner on whose property the hunt took place, Honest Trymore Ndlovu, and the professional hunter who led the trek, Theo Bronchorst, are both due in court on Wednesday on poaching charges.

More like this
Amazon Keeps Selling Out Of These Pet Products With Near-Perfect Reviews
By Madison Barber
The 7 Best Cat Litters For Odor Control
By Erica Gerald Mason
The 6 Best Cat Shampoos, According To Vets
By Claire Epting
The 7 Best Cat Toys For Older Cats
By Andrea Hannah
Get Even More From Bustle — Sign Up For The Newsletter