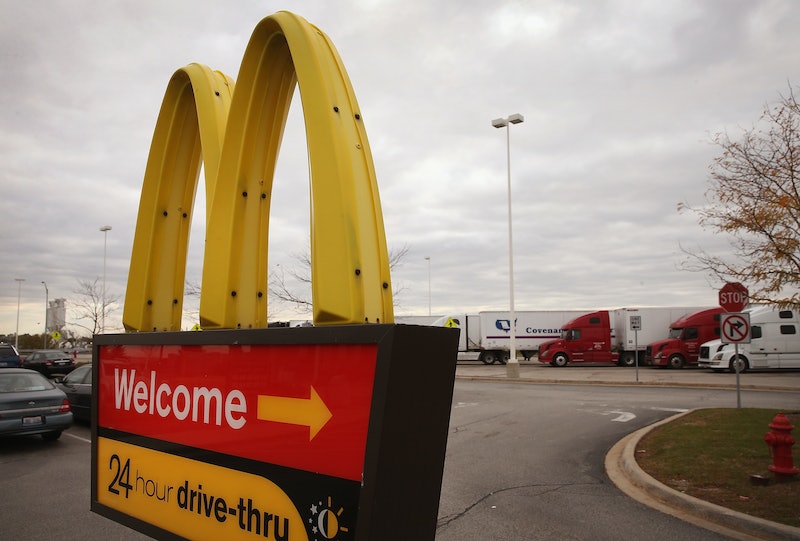 A new dating site aims to match women who like fancy dinners with men willing to foot the bill. Though HiDine.com invokes the concept of "chivalry" in its motto, it's based more on a warped sense of economic fairness: "Men pay for first dates" because "you spend enough time and money on clothes, shoes, hair styling, and beauty products" already, HiDine tells women. Who says romance is dead?

Seriously, there's not much less tacky and unappealing than starting a relationship with an explicit bargain that you'll look good if he'll pony up the cash. HiDine also requires male daters to put down a financial deposit before dates to "show commitment," and instructs female users to "sit and wait" to be asked out. It was founded by Kyle McGinnis, a 28-year-old living Los Angeles (one of two cities where the site currently operates, along with New York City). McGinnis, who is single, said many women enjoy being taken out on a date, which can show that a man is interested, or takes the date "seriously."

The site, which launched in November, has already attracted a fair amount of criticism. "This entire setup seems antiquated and transactional," says HuffPost Women. "Dates based first and foremost on financial transactions just aren't all that sexy." The Cut called it "sugar-daddy lite" (these are tough economic times).

But to each his own — if this is how people wanna hook up, now they have a place to find each other. "This is a certain gesture that this is the type of guy you are and you're comfortable with that," McGinnis said. You are the type of guy who wants to bribe women into sharing meals with you, and if you're cool with that I'm cool with that.

More like this
Are Sagittarius & Capricorn Compatible In A Relationship? Astrologers Weigh In
By Kristine Fellizar
Are Sagittarius & Sagittarius A Good Match? Astrologers Weigh In
By Kristine Fellizar
Bumble's "Compliments" Feature Lets You Message Before You Match
By Lexi Inks
Wimbledon Alters All-White Kit Rule Amid Candid Period Discussions
By Catharina Cheung and Rachel Mantock
Get Even More From Bustle — Sign Up For The Newsletter