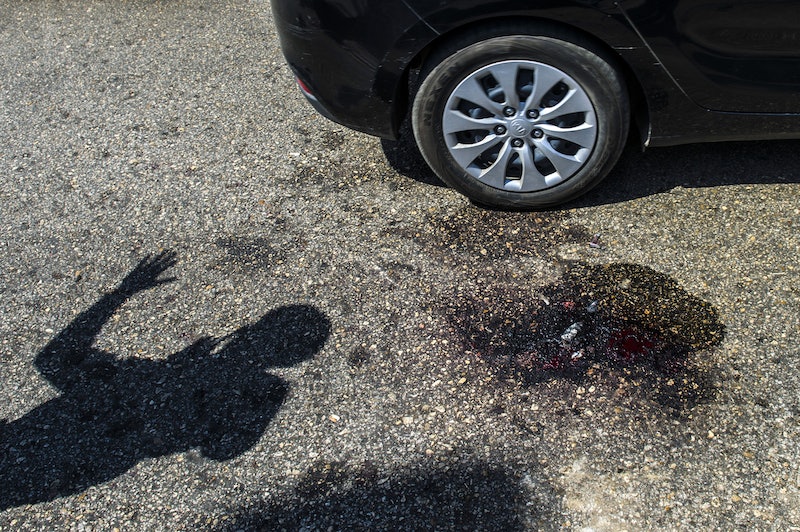 The Los Angeles City Council voted unanimously Tuesday to ban large-capacity gun magazines, targeting the type of firearm that has all too often been deployed in mass shootings around the country over the past couple of years. The push to ban magazines capable of holding more than 10 bullets closes a long-standing loophole in the law that allowed city residents to keep the firearms in their homes; California banned the manufacture, sale or importing of large-carry magazines 15 years ago. With its vote, the Los Angeles city council becomes the third municipality in California after Sunnyvale and San Francisco to take gun control into its own hands, demonstrating that local efforts to control and regulate the spread of militarized firearms could succeed where the campaign has faltered on the federal level.

The specter of mass shootings (and the heavily armed white males who tend to perpetrate them) certainly loomed large for the Los Angeles council in considering the ban.

"The step we're taking today is not a wild step," Councilman Paul Krekorian said publicly at a gun-control rally Tuesday before the vote. Krekorian sponsored the ordinance. "People who want to defend homes don't need a 1,000-round drum magazine to do so."

Under the new law, Los Angeles residents now have 60 days to get rid of any magazines over ten bullets and the guns that use them. If they are found in possession of the illegal firearms after the 60-day window, they will face misdemeanor charges. Currently, the law exempts active police officers, military personnel, licensed firearm dealers and those people who bought guns more than 15 years ago that require magazines larger then 10 rounds.

All of the city's 12 council representatives present voted in favor of the measure, which enjoys strong support from gun control advocates and Mayor Eric Garcetti. The Los Angeles Police Protective League has also come out in favor of the ban, although the union has pushed for an exception that would allow retired police officers with proper certification to continue to possess large-capacity magazines. The council is expected to vote on the union's proposal next week.

Obviously, limiting magazines to 10 bullets is not going to make or break the fight against gun violence in the city. After all, a determined gun wielder could simply use multiple magazines to fire off the same exorbitant number of bullets. (Dylann Roof allegedly fired eight hollow point bullets from a handgun rather than rely on a large-carry magazine, and nine people still died.)

But the ban is a step in the right direct, Krekorian noted Tuesday.

The L.A. law follows on the heels of high-profile mass shootings where shooters relied on the large-capacity magazines to fire more rounds quickly, which doesn't allow victims time to escape and hinder laws enforcement from intervening. The place names have become all too familiar: Sandy Hook, Columbine, Aurora. And now Lafayette.

In Sandy Hook, the shooter used 30-bullet magazines to fire 154 rounds in less than five minutes, killing 26. When James Eagan Holmes open fired in an Aurora movie theatre in 2012, one of the weapons he used was an semi-automatic rifle stocked with a 100-bullet magazine. He managed to get 65 shots out before the gun jammed, and he had to switch to a handgun.

According to Mayors Against Illegal Guns, shooters that used either assault rifles or large-capacity magazines hit 151 percent more people and caused 63 percent higher casualties in comparison with other mass shootings between January 2009 and January 2013.

In turn, gun rights' groups are protesting the ban as a misguided attempt to crack down on gun-perpetrated violence. Guns don't kill people, the NRA stressed again in an online statement about the measure. Criminals do.

Chad Cheung, the director of the CalGuns Shooting Sports Association, criticized the bill for taking aim at peaceful gun owners who made use of the large-capacity magazines for benign purposes.

"It's more of a people problem than a gun problem," Cheung said to The Guardian. He uses the large magazines in shooting contests.

According to Vice, the NRA and California Rifle & Pistol Association will likely sue the city in an attempt to void the ban.

But so far, similar lawsuits have not gone in gun rights advocates' favor. The courts have not found in favor of the large-capacity magazines in challenges either against San Francisco or against the state of Colorado, where the munitions have been prohibited since 2013.

Thus far, the courts' unwillingness to widely interpret the Second Amendment as calling for unfettered access to guns demonstrates that gun control advocates might be better served by working on the state and local levels first to push for tighter gun regulations. After all, initiatives on the federal level remain stalled at the gate, so to speak, as Congressional members ignore the grassroots in favor of the money and political capital of gun lobby groups like the NRA.

The Los Angeles City Council, for one, is not afraid of facing down the national gun advocacy organization.

Speaking at Tuesday's rally, Krekorian told the crowd, "If the NRA wants to sue us over this, bring it on."