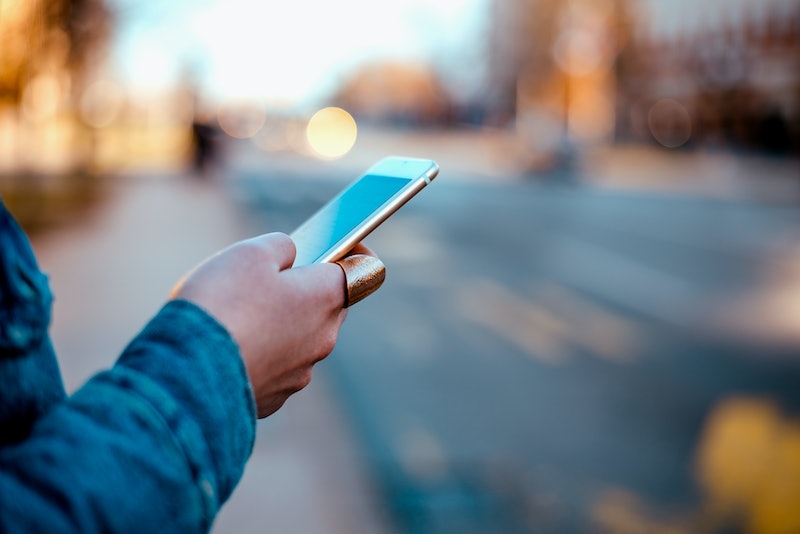 Would a rose described in 140 characters or less smell as sweet? If you ask the members of #TwitterPoetryClub, an online community of poetry lovers who are using the hashtag to share and discuss their favorite poems on Twitter, the answer is a definite yes. And if you ask me, a Twitter feed filled with the thoughtful words of writers whose work has stood the test of time sounds like exactly the kind of poetic pick-me-up my social media life needs. Yours too, amirite?

#TwitterPoetryClub is the brainchild of Just the Tape, aka ‏@dntsqzthchrmn, who hashtagged the inaugural tweet in February of 2014. "I noticed that people were tweeting links to poems, and when they couldn't find poems they liked online, tweeting pictures of poems from books," Just the Tape tells Bustle. "I got the idea to invite people to tweet poems at the same time, to share poems they like with other people who like poems."

Since then, the club's ever-growing number of members have been hashtagging everything from classic, great works by poets like Anne Sexton and Louise Glück, to the unpublished, handwritten poems they found in their grandfather's papers.

Here are the basics: #TwitterPoetryClub meets on Twitter, on alternating Monday evenings (that's tonight, for those of you who can't wait to participate) from 7 p.m. to 10 p.m. EST. Their formula is pretty simple: members share beloved or interesting poems by posting the poet's name, hashtagging "TwitterPoetryClub" and including an image of the poem and/or a link to the full text. Like this:

Once a poem is posted, everyone is free to discuss the work, retweet, and share more poems. Members can also subscribe to meeting minutes, which include links to the books where shared poems can be found, at tinyletter.com/twitterpoetryclub.

Don't feel like you need a PhD in poetry to participate, either. The best part of #TwitterPoetryClub is that anyone is welcome ― just bring your love of the written word, and a curiosity for poetry. "My sense is that most people like poetry, but over time they've gotten the feeling poetry isn't for them," says Just the Tape. "People tell me they like #TwitterPoetryClub because it's a friendly group that doesn't judge. I would think anyone with any interest in poetry would want to see what kinds of poems mean a lot to other people."

Here are some of the top tweets from #TwitterPoetryClub's last meeting:

I'll definitely be Tweeting tonight ― and I can't wait to see you there!