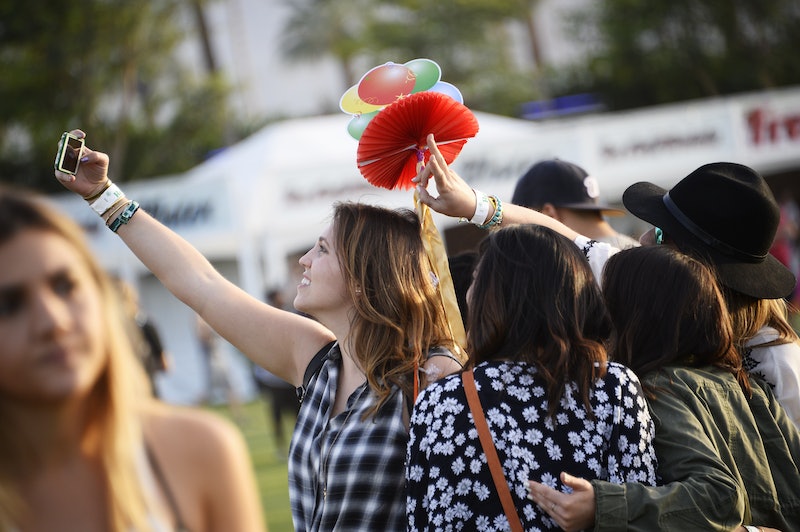 If you think you know what you look like... well, I hate to be the bearer of bad news, but you're probably wrong. According to a new study, people don't actually know what they look like — at least when it comes to picking the photos that best represent ourselves. So in other words, you are a terrible judge of your own appearance. I'm sure that won't make you paranoid at all! Here's how the research went down:

In the study, which was conducted by the British Psychological Society and published in the British Journal of Psychology, 130 undergraduate participants downloaded 10 photos of themselves from Facebook and were asked to rank them based on "likeness," or how much the they felt the photos looked like them. They then recorded a one-minute video of themselves. The video was shown to 16 independent participants who watched it, then ranked the same 10 Facebook photos based on likeness. And finally, the researchers used the photos in an online face-matching test taken by 73 participants.

Surprisingly, the researchers found that strangers rating a photo's likeness created very different rankings that the people ranking their own photos. It turns out the photos the strangers marked as having a high likeness performed better in the face-matching test, suggesting they are indeed a more accurate representation of a person. In other words, we aren't very good at judging what are the most accurate pictures of ourselves.

So what does this mean?

Well, at the most basic level, it suggests that even though we spend a lifetime looking at ourselves in mirrors, we don't actually have a clear understanding of what we look like. And actually, the researchers theorize that it might because we've spent a lifetime looking at ourselves that we aren't always very good at recognizing the particulars of how we look now. Dr. David White, who worked on the project, suggests that "[existing] memory representations interfere with our ability to choose images that are good representations or faithfully depict our current appearance."

In other words, your understanding of how you look isn't just about how you appear now, but is influenced by your appearance over your lifetime. And it could be that we also have other internal factors affecting our perception of our own appearance. Interestingly, people in this study were more accurate at recognizing which of their own photos were a better likeness when it was a photo of themselves smiling — which could indicate any number of things. Maybe we tend to think of ourselves as happy; maybe we just want to think of ourselves as happy; maybe we like the idea of being happy enough that we're just drawn to such photographs. Who knows?

The overall point, though, might be that there is no objective way to view yourself. When you look at your image, you're seeing it superimposed over years of changing appearances and through layer upon layer of self-perception filters. And there is no way to change that.

More like this
This Psychological Effect Might Be Keeping You From Hitting Your Goals
By Lexi Inks
Why TikTok Is Flooded With Controversial Videos About "Pick Me Girls"
By Courtney Young
This TikTok Song About An Unrequited Romance Has FYPs In Shambles
By Emma Carey
The Spiritual Meaning Of Angel Number 000, Explained
By Kristine Fellizar
Get Even More From Bustle — Sign Up For The Newsletter