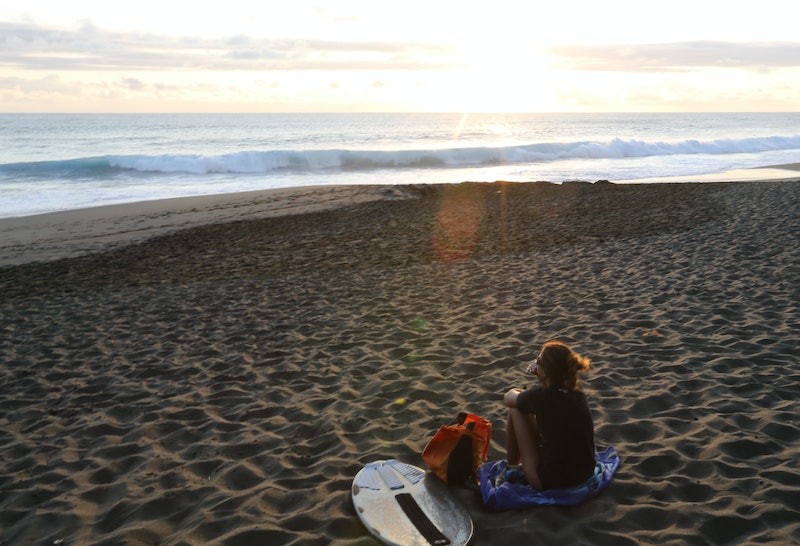 A shocking discovery was made on Wednesday when officials announced that an airplane part — thought to be a wing flap — had washed up on the coast of Réunion Island. And the initial thinking is that this debris could be from Malaysia Airlines Flight 370, the plane that inexplicably disappeared more than a year ago. The news has brought a lot of attention to the island, which is about 400 miles away from Madagascar, as the world watches with bated breath to find out whether or not the debris is from MH370. But besides this groundbreaking news, what is Réunion famous for? The French territory's location in the Indian Ocean not only makes it easy things to wash ashore, but also makes it a beautiful though not-often-visited travel destination.

The island is most famous for Piton de la Fournaise (literally meaning "Peak of the Furnace"), which is locally known as "le Volcan" (The Volcano). Piton de la Fournaise is more than 500,000 years old and is one of the most active volcanoes in the entire world. Although it's experienced more than 150 eruptions since the 17th century, according to the Smithsonian Institution's National Museum of Natural History, it's the island's hottest tourist spot. A website for the territory claims that it's easy to hike to the top of the mountain, and that "courageous" campers can even spend the night near the rim.

Réunion is also home to mountains, forests, calderas, waterfalls, and, of course, miles of beaches. But it hasn't always been known as a tourist destination. From 2005 to 2006, the island was in the news as it suffered from a mosquito-borne disease called "chikungunya." About 255,000 of the approximately 770,000 people on the island (more than 30 percent) were affected by the disease, which causes fever, joint pain, and other symptoms. Until then, the disease had been considered one that anyone affected should recover from, but on Réunion, death certificates were issued listing chikungunya as the cause.

As a territory of France, the residents of Réunion are considered French citizens. A majority of its more than 800,000 residents speak Réunion Creole, a mixture of French, Malagasy, Tamil, and other languages. In fact, thanks to its proximity to Madagascar and its Tamil and Chinese immigrants, the Réunion Regional Tourist Board says that, "At the crossroads of European, African and Asian cultures, Réunion is a true melting pot."

It's yet to be seen as to whether or not Réunion will soon become famous as the place where the first piece of the missing MH370 was found. Although at least one aviation expert has said it's likely the wing flap came from the plane, that has not yet been confirmed. But along with its renowned volcano, its struggle with disease, and its celebration of mixing cultures, Réunion Island will at least be known for finding this wreckage. Because even if the airplane part is not from MH370, it's got to be from something.