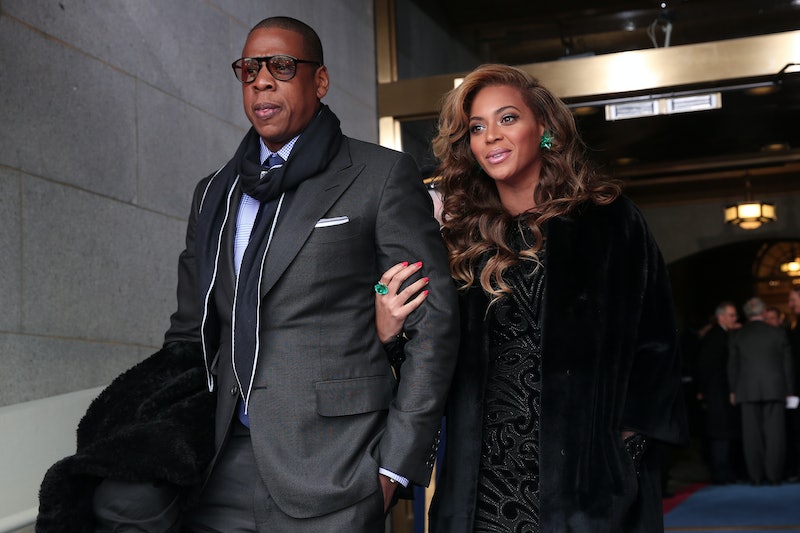 On his blog this morning, Jay Z announced that he and Beyonce are going vegan starting Dec. 4, his 44th birthday. (Happy birthday, Jay Z!) Animal rights supporters and vegans are probably excited by the news — as much as any vegan Jay Z fan or Beyonce-loving PETA member would be, I suppose — but what's truly awesome here is that it's just another example of Jay Z letting himself evolve naturally rather than feeling he has to stick to some "I'm a rapper so I have to be the exact same my entire life" policy.

Jay Z started out rapping about his youth in the Bed Stuy neighborhood of Brooklyn. He wrote about things like drugs, violence, and just everyday stuff that he saw, good or bad. His first album, Reasonable Doubt, was full of this for sure, and the topics continued through many albums to come. This part of him isn't gone. And of course it isn't, our upbringings stick with us. Particularly if a gigantic part of your life is writing and telling the whole world about yourself and allowing it to be recorded so it exists until the end of time. In that case, yeah, you'll absolutely remember your past. You're not necessarily going to change who you are, but you're definitely going to evolve. Particularly if the writing, telling, and recording lead you to be super famous, unbelievably wealthy, and married to Beyonce.

You don't need to go really in depth with Jay Z's music to see where he's changed. Most of us have at least heard the difference between what he found glamour during "Big Pimpin'" and how those ideas changed by the time we got to "Thank You." For another example, look at how he dresses. He went from baggy jeans and polo shirts to dressing like a mafia don to being maybe too obsessed with Tom Ford. And that's great. He's turning freakin' 44 years old today and he's rich as shit, do you really want him to be sagging his pants and pretending to still live in the hood? No. No you don't.

So I, for one, fully support Jay Z's veganism and the new age-y sounding blog post that brought us the news. According to Jay Z, he and Beyonce will try veganism for 22 days because psychologists claim it takes 21 days to form a habit. He goes on to talk about numerology and how he decided to start on his birthday. The whole thing sounds like he's declaring an actual journey rather than a "spiritual and physical challenge."

Normally, I would say something like this sounds phony, but it doesn't here. Jay Z sounds so earnest all the way down to his call for "professional vegans" to tell him about any restaurant ideas. It's easy to believe Jay Z here because he's never really seemed fake. He's let himself evolve the way someone in his position should. And as someone who hangs with Gwyneth Paltrow, testing veganism sounds about right. Can't fault the guy for that.