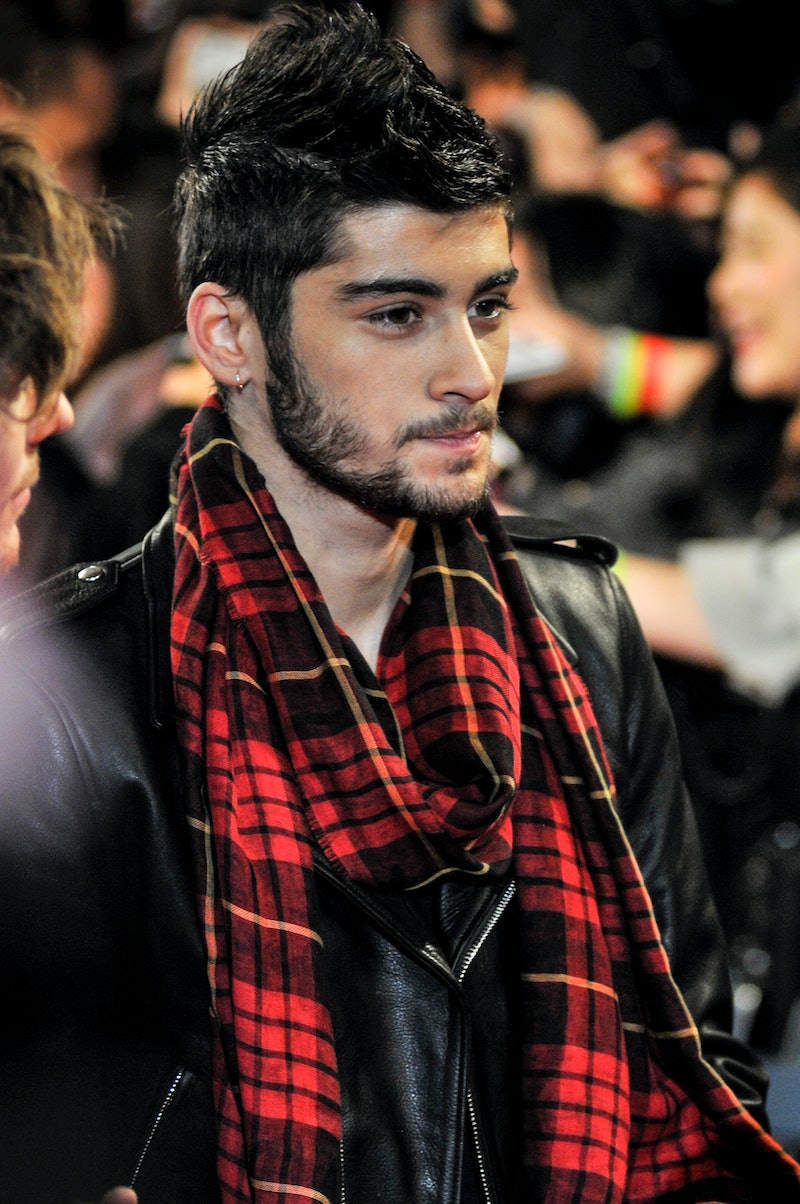 Remember when 1D fans were thrown for a loop when Zayn Malik left One Direction? It'd be impossible not to. Well, now Malik is giving a different reason as for why he left the band that made him famous. On Wednesday, Zayn Malik signed with RCA to start a solo career, the 22-year-old announced on Twitter. Alongside a photo of himself signing a contract, he wrote, "I guess I never explained why I left, it was for this moment to be given the opportunity to show you who i really am! #realmusic #RCA !!" So... he left 1D to show his fans the "real" him and to produce "real music." Um, Zayn, that's not what you originally told fans.

When Malik announced his One Direction exit, he released the following statement:

My life with One Direction has been more than I could ever have imagined. But, after five years, I feel like it is now the right time for me to leave the band. I’d like to apologise to the fans if I’ve let anyone down, but I have to do what feels right in my heart. I am leaving because I want to be a normal 22-year-old who is able to relax and have some private time out of the spotlight. I know I have four friends for life in Louis, Liam, Harry and Niall. I know they will continue to be the best band in the world.

See? He said he wanted to live a "normal" life. Was that all a lie, Zayn? Huh? Because signing with a record label and starting a solo career is definitely not "normal." Maybe his definition of "normal" differs from most? Maybe now that he's famous, that is "normal" for him? Whatever the case, this appears to be the real reason he left 1D.

Also, does anyone else feel like Malik is kind of slamming One Direction? As he included his tweet, he will now be making "real music." Ouch. That sure sounds like a dig to me, but maybe I'm reading too much into it. Whatever the case, I'm sure 1D fans are either thrilled to have Malik back on the music scene or completely upset at him — such is their way.