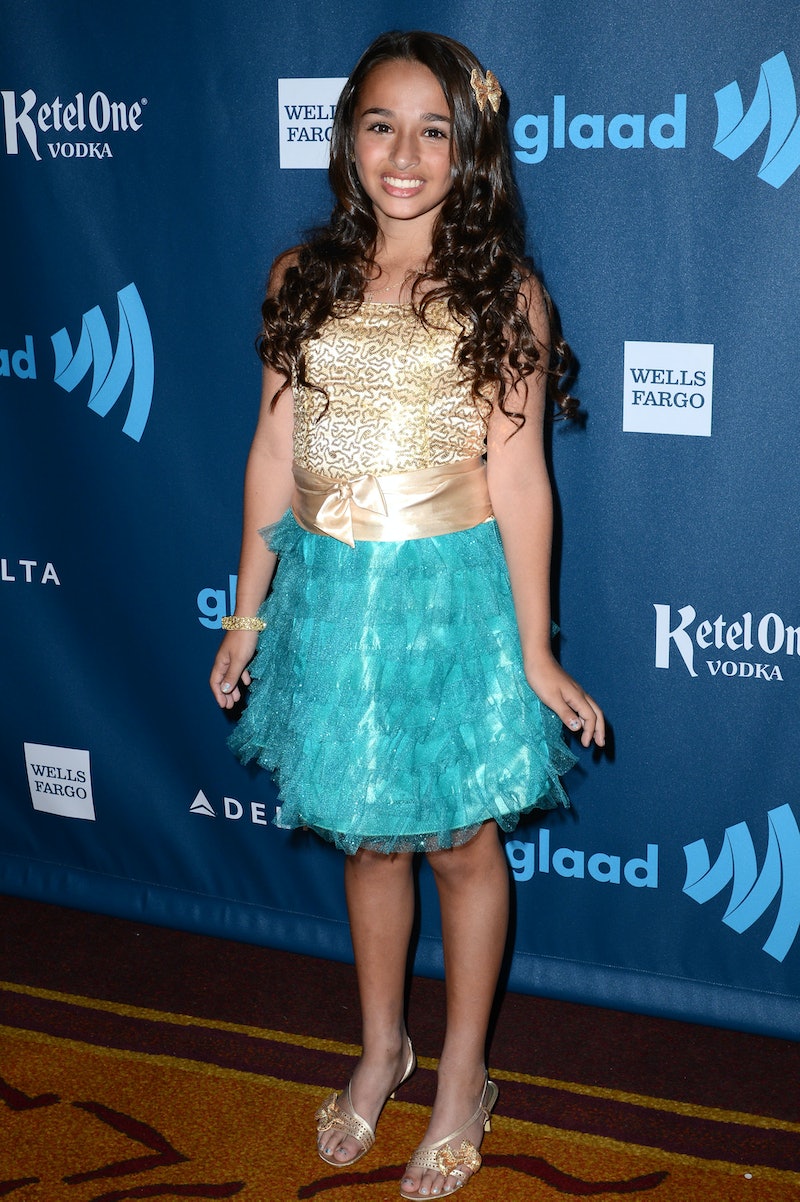 In case you missed it, TLC is now airing one of the best shows around. I'm talking about I Am Jazz , the reality series that follows 14-year-old transgender teen Jazz Jennings and her family. You may know Jazz from her bubbly YouTube videos, her semi-autobiographical children's book also titled I Am Jazz, or her activism within in the transgender community. Yeah, basically she's accomplished more by 14 than I have... ever. So, naturally her reality show is accomplishing just as much. I Am Jazz Executive Producer Aengus James spoke to Bustle about the positive impact he believes I Am Jazz can make, especially on a younger generation.

I think it’s incredibly important, because there are kids out there that don’t think there’s anyone else out there like them. And, once you become an adult, and you’re out in the world and can move where you want to go and be friends with who you want to be friends with beyond your community, you find there are all these resources and other people out there ... But, for kids, there’s literally no one they know, and they think something’s wrong with them. And, of course, nothing is. So, I think it has a tremendous opportunity to reach those people.

James is confident that Jazz will be a role model for many young people out there, so James felt it was important not to just capture what the Jennings family faced in regards to Jazz's gender identity, but to show that they're just a normal family like everyone else.

"A lot of reality TV is fueled by conflict," James explains, saying that's not the direction the show wanted to go. "I really just wanted to make a show about the Jennings that was about the way they lived their lives, which I think is just the way all of us live ours — except they’re having to test their love in more ways than most families."

James says the Jennings were hesitant about letting the cameras into their lives because, as James says, "This is a family that has faced unspeakable meanness and threats in their lives. They have faced that on a regular basis." But, he's glad they took the plunge and opened up, and, fortunately, the reception has been very positive.

"I was watching [the premiere] and it was really hard to find negative comments," James recalls. "The amount of support for the show is unbelievable."

Chalk that up to Jazz and her family's sweet, happy, honest personalities, for sure. But, it's also indicative of a growing awareness about what being transgender means. From Laverne Cox to Caitlyn Jenner and now Jazz Jennings, transgender people of all ages are getting the spotlight they deserve, and they're trying to do good with that fame. For Jazz, she's opened up her life for America to watch, in hopes that people learn to spread kindness.

"I really thank TLC for taking this on, because a lot of people wouldn’t. A lot of networks wouldn’t touch this," James admits. "I know this sounds weird now, because so much has happened in the past six months, and a lot of that is from Caitlyn Jenner. But, when we started making the show, the only thing [I felt] was really around was [Amazon Prime's] Transparent ... TLC has the opportunity as a network to reach a broader America."

And good thing, too. Jazz and her family are a joy to watch, and, for anyone who feels negatively about the idea behind the show, James has a simple bit of advice. "You can see how much love this family has for each other and how amazing they are," he says. "At the end of the day, when you see people live their lives, that’s what changes everything. So, my response is definitely to watch the show."

Jazz Jennings are her family were kind enough to let us into their lives, so the least we can do is return that kindness back to them. As Caitlyn Jenner says, "We need more tolerance and empathy towards other people." And, fortunately, TLC is allowing America the chance to practice that advice every Wednesday at 10, when I Am Jazz comes on and lets us in.