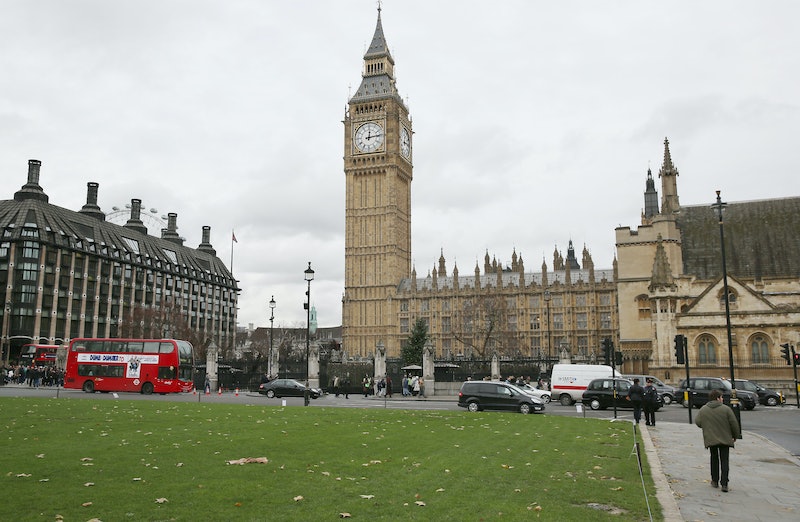 What do you do immediately after you get a speeding ticket? Contest it? Claim it's not fair and start looking up how you can rationalize going 15 mph using a vague technicality? There's actually a speeding ticket app to help you with that now, and I totally feel your struggle. But we're all about to feel pretty terrible about ourselves, because while we were complaining about our tickets, this nice British man responded to a ticket with a Disney card. Instead of fussing over his obnoxious speeding ticket, he sent back his payment in a Bambi envelope with hearts over all the i's. Aw, and to think that some Brits just dot their i's and cross their t's. (Does that even count as Brit humor?)

It is, of course, very possible that the guy threw a complete fit when he received the ticket and was displeased at the revelation that all he had was a Bambi envelope. But I'd like to think that he had a beautiful change of heart upon seeing the envelope he was stuck with and allowed that transcendent moment to put a positive spin on the whole experience. Even if the experience was paying the government money for a speeding infraction.

You've got to figure if he was willing to work hearts into his penmanship routine, he had to be riding some sort of Disney induced positivity high.

You when you get a speeding ticket:

This guy when he gets a speeding ticket:

What a mighty fine man.

The man who posted this to Reddit, CapnHammered, got some swell responses on his thread. My favorite comment was the guy who suggested he pair a Christmas stamp with his Bambi envelope. Obviously.