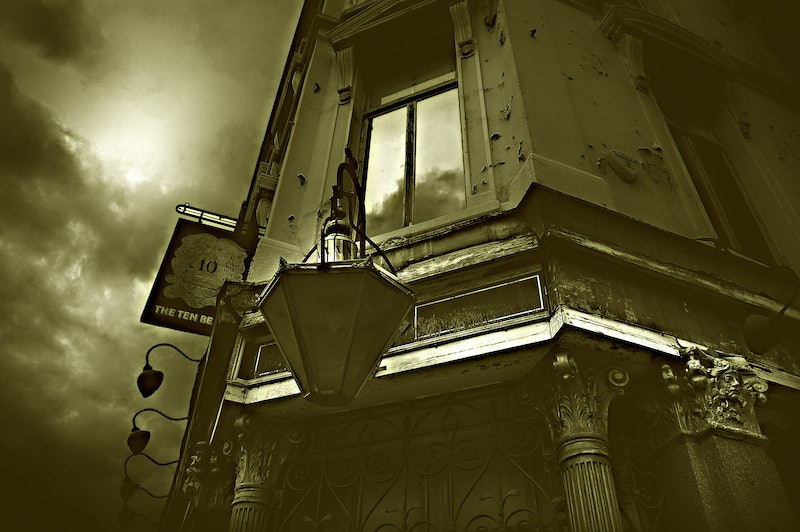 Talk about a bait and switch. In July 2014, a British man named Mark Palmer-Edgecumbe submitted a proposal for a new museum, promising the U.K. its first ever women's rights-themed museum. Excellent! However, somewhere along the line, Palmer-Edgecumbe decided to alter the main subject of the museum significantly. Instead of opening a museum that celebrates the history of women, instead there will now be a museum dedicated to Jack the Ripper (famed serial killer of women) in its place. And as will happen when someone screws up, many are taking to Twitter to respond to the Ripper museum fiasco.

Obviously the Jack the Ripper theme deviates quite far from the original plan for the museum, and according to the London Evening Standard, Palmer-Edgecumbe stated:

We did plan to do a museum about social history of women but as the project developed we decided a more interesting angle was from the perspective of the victims of Jack the Ripper. It is absolutely not celebrating the crime of Jack the Ripper but looking at why and how the women got in that situation in the first place.

Well, how the women got in that situation in the first place is that a serial killer preyed upon and then murdered them. That doesn't even take up half a display card on a museum wall. This comment is framed dangerously close to victim-blaming rhetoric.

Needless to say, many women (including myself) and women's rights allies are perplexed and perturbed that a museum intended to be dedicated to the hard work of women's rights advocates has been replaced with a veritable homage to a man who is famous for murdering vulnerable women in cold blood. Let's take a look at what some of the people of Twitter are saying about this ridiculously offensive switch.

She asks a fair question ...

So, yes, apparently this museum is filled with tasteless merchandise.

This tweet points out that a message from the museum director says, "The Jack the Ripper Museum in no way glorifies or glamorises Jack the Ripper, quite the opposite, it presents the women of the East End's story for the first time." Yes, but... have you seen the t-shirts and mugs that you sell? That have no women on them? Just Jack the Ripper and blood stains?

Some have tied this museum to a glorification of gender-motivated violence.

I'm also left wondering if the whole "first women's museum" in the U.K. proposal was a scam from the start. It does seem like Palmer-Edgecumbe wanted a fancy excuse to make a tourist trap.

Aha! A museum that actually focuses on women as something other than victims of violent crime! Excellent. Here's something I can get behind.

Time Out London bluntly calling out the huge hypocrisy this museum now represents.

I actually think this is a swell idea.

It's true: According to BuzzFeed News, Palmer-Edgecumbe's profession is in diversity consulting. Sigh...