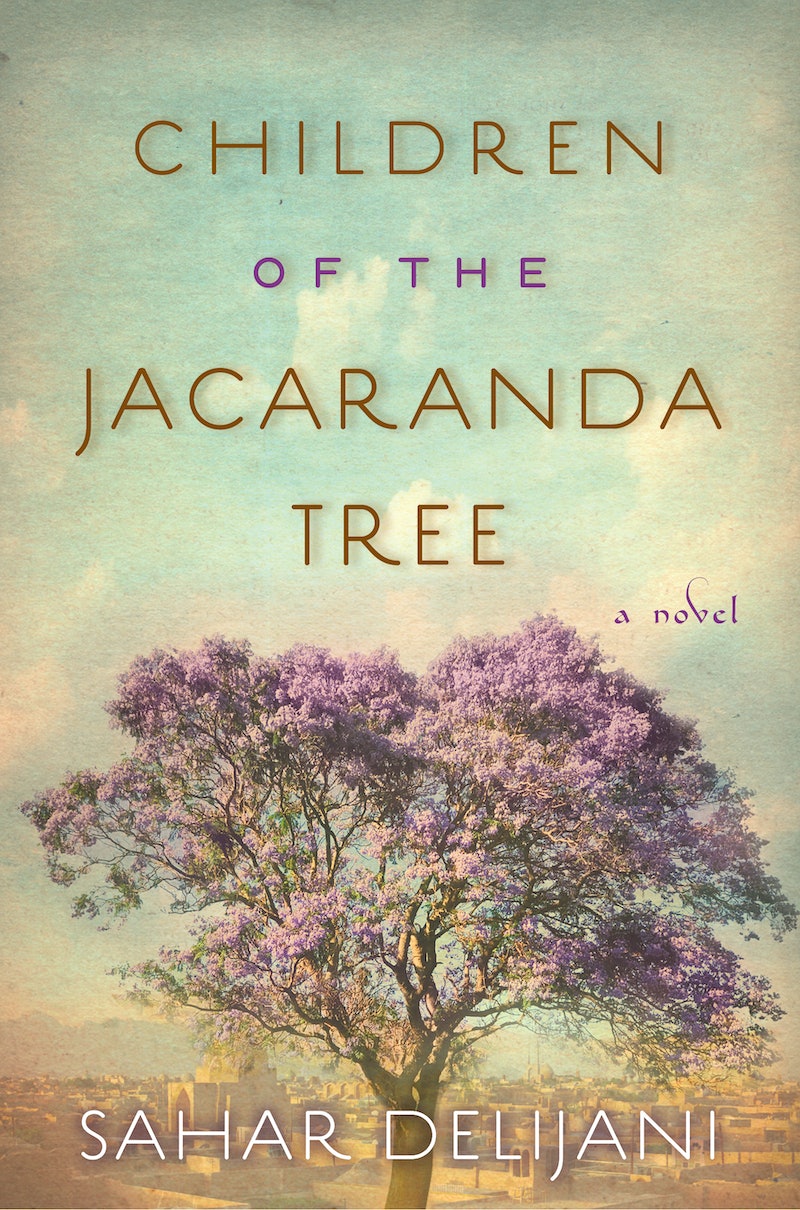 We know what you're thinking: Comparisons between Sahar Delijani’s Children of the Jacaranda Tree (Atria Books) and Khaled Hosseini’s The Kite Runner are inevitable and, truth be told, completely warranted. Both are debut novels by foreign authors, both explore the interplay between the tight bonds of family and the larger, pervasive national consciousness, and both traverse these themes amidst the backdrop of political and social unrest.

But Delijani’s sweeping tale of the children of post-revolutionary Iran is a literary triumph and deserves to stand on its own.

First, the history you'll need to know: The 1979 Iranian Revolution brought down the Shah monarchy and instituted an Islamic republic in its place. Represented by the titular Jacaranda tree, the revolution was, in many ways, a utopian dream; the freedom for which the revolutionaries fought remained far beyond their reach, and the new regime proved to be as oppressive as the last. Revolutionaries were unceremoniously rounded up and dumped in Evin Prison, which served as Iran’s very own Bastille. Immediately following the Revolution, Iran entered into an eight-year war with Iraq, and in 1988, the final year of the Iran/Iraq war, the new regime carried out mass executions of political prisoners. It is estimated that this “purge” eliminated between 3,000 and 12,000 people—a staggering number, made even more terrifying by the uncertainty surrounding the actual death count.

Evin Prison and the “purge” feature prominently in this masterful new novel. Neda is born in the aforementioned prison, where her mother is allowed to nurse her for a couple of months until Neda is ripped from her mother’s arms by a guard. Leila, tasked with raising her sisters’ children after their parents are rounded up and imprisoned for insurgency, struggles with her familial responsibility and her desire to escape the country with her lover. Sheida, living in Italy, must confront her mother regarding the secret of her father’s death—and why it was kept from her for all these years.

The themes are weighty, but Delijani is more than up to the task. Her prose is stunning and evocative, and she accomplishes the rare feat of saying much more than what is written on the page. (Sample sentence: “Parisa and Simin had been taken away by men like these, donning the same uniform, using the same language, covered in the same dust of newly grasped power, which seemed to have settled down by now, become a second skin, given them a staunch, dust-coated credibility in their own eyes.”)

Jacaranda covers several aspects of post-revolutionary Iran across three turbulent decades (1983 – 2011). Delijani revealed that she originally envisioned the novel as a collection of short stories, but found that she was always returning to Evin Prison—where she was born—and the purge, which included the execution of her uncle. As such, Jacaranda is a deeply personal narrative, albeit one that, like Jennifer Gilmore’s The Mothers, blurs the lines between memoir and fiction. But the interconnectedness of the chapters also serves to highlight the wider scope of the novel. Delijani tells the story of her family, but it is also, in a very real sense, the story of thousands of other Iranian families; and, indeed, families across the world. Children of the Jacaranda Tree uncovers deep emotional scars and the burden of historical responsibility that accompanies them. As Leila observes her nieces and nephew posing for a picture, she notes that “their destinies [are] as intertwined as their arms. She could not see them as brother and sister or as cousins. She could see them only as three reflections of one body.”

When Sheida finally confronts her mother about the past, the latter poignantly discerns: “There’s much to talk about, yet nothing to say.” Incredibly, Delijani manages to convey so much in her gorgeous, gripping debut novel. The result is a striking portrait of Iranian life that is as intimate and magical as the Jacaranda tree itself.