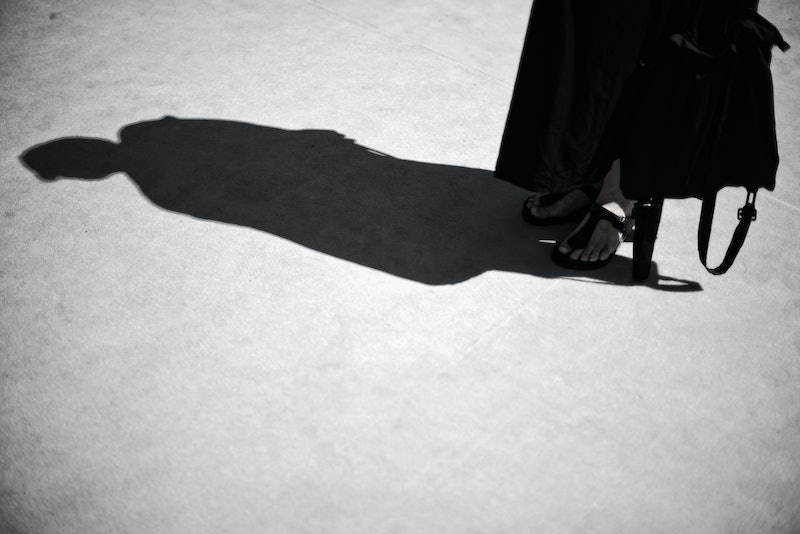 On Monday, The Daily Beast ran an article that referenced statements by Ivana Trump, Donald Trump's first wife, who claimed her ex-husband made her feel "violated" during sex. The article cited an incident of alleged sexual assault described in the 1993 book, Lost Tycoon: The Many Lives of Donald J. Trump. Trump's lawyer Michael Cohen immediately attempted to argue against the allegations, releasing the shockingly misogynistic — and, for that matter, inaccurate — statement: "You cannot rape your spouse. And there’s very clear case law." Cohen's words, denounced by Trump himself, sparked immediate controversy, which is probably why Cohen ended up apologizing for them. Since 1993, marital rape has been illegal in the United States, but some states' marital rape laws aren't perfect and seriously fall short of protecting both men and women from the illegal act.

The far-right has seen plenty of marital rape defenders in history and today, from Phyllis Schlafly to Virginia state law maker Richard Black. Schlafly called the ceremony of marriage as unconditional consent, and Black, Rep. Todd Akin, and some supporters expressed similar views. Ultimately, the average person can (hopefully) understand the act of marriage does not turn women into sexual objects to be legally used and abused after saying "I do." Consent is given on a "case-by-case" basis, and rapists can be husbands, wives, or strangers. Given the type of rape culture society continues to propagate, it's no surprise that so many active rape laws across the country include a number of loopholes that could allow some forms of marital rape.

How rape is treated under U.S. law begins with the definition of rape observed by the Uniform Crime Reporting Program. It should be pretty obvious that the older definition used by the program until 2013 — "the carnal knowledge of a female forcibly and against her will" — enforced the values of rape culture. The new definition, discussed by the FBI in December 2014 was a dramatic improvement, classifying rape as gender-neutral and acknowledging that the depth of penetration didn't matter.

Penetration, no matter how slight, of the vagina or anus with any body part or object, or oral penetration by a sex organ of another person, without the consent of the victim.

Of course, this definition still doesn't account for the increasingly common use of date-rape drugs, and its specific use of the term "sex organs" undermines victims whose rapists did not penetrate them with sex organs. State-by-state laws concerning rape have the same loose ends, and some are more concerning than others.

In the state of Connecticut, marital rape laws only permit women who were raped through the "use of force" to explicitly press charges against their husbands. That means female victims who were intoxicated or under the influence of one substance or another could be prohibited from charging their abusers with rape. This same loose end in rape law is present in Maryland, Mississippi, Nevada, Ohio, Oklahoma, Rhode Island, South Carolina, and many more.

Female-on-male rape may be rarer, but it certainly happens. In Idaho, however, it's not at all acknowledged. Idaho's laws concerning spousal rape only recognize situations in which a woman resists. Male rape, especially in prisons, is often the object of jokes in popular culture, as President Obama critically pointed out earlier this month. Rape "jokes" are never OK, regardless of what gender identities it concerns. But it's a fact that within our culture, as little respect as female rape victims get, male victims are paid even less because of our culture's unhealthy standards for masculinity.

In South Carolina, rape is only recognized if the encounter involves "the use or the threat to use a weapon ... or physical violence of a high and aggravated nature." Again, this disregards intoxication or the use of drugs to undermine consent, and while it provides for the "threat to use a weapon," it doesn't cover the threat to use physical violence. This means victims of rape in South Carolina aren't really victims of rape if their rapists only threatened to hurt them without specifying how.

In Iowa, rape within marriages isn't recognized if a husband rapes his wife and she is between 12 and 15 years old at the time of the encounter. Yes, you read that right. How rape is justified against minors under any circumstance is almost as confusing to me as how a man could be married to a 12-year-old when legal marriageable age in Iowa is 16. The same law is present in Michigan, which has plenty of other problematic clauses in its definition of what constitutes rape, where the law doesn't recognize that wives under 16 years old can even be raped.

In South Carolina, spousal rape victims have only 30 days to report the rape. Laws aren't clear about what happens after that, but it's unfair to expect victims to immediately step forward and give them the additional pressure of a literal due date. Given our society's attitudes toward victims of rape, it's hardly surprising why the decision to report rape isn't an easy one and usually takes time and critical thinking to make.

In Michigan, husbands aren't just legally permitted to rape their underage wives. As long as they are married, they're also permitted to rape women with mental disorders or those who lack the ability to give explicit consent. This same, bizarre loose end is present in Ohio and Rhode Island. In Ohio, if a rapist and a victim are married but the victim has a mental disorder, coercive encounters involving "force or the threat of force" only constitute rape if they don't live together. In Rhode Island, rape isn't recognized as legitimate if the spouse knows that their spouse is "mentally incapacitated, mentally disabled, or physically helpless."

A study in Psychological Medicine reports that 40 percent of women with "severe mental illness" are victims of sexual abuse. The rape laws in these states demonstrate not only problematic attitudes in society regarding consent and rape culture, but also reflect how the law tends to view those with disabilities and mental handicaps as subhuman.

Marriage Lessens The Severity Of The Sentence

Marital rape might be illegal across the country, but it's often treated differently than non-marital rape is. Marriage is often used as an excuse to mitigate the severity of the consequences a rapist faces. For example, in Connecticut, marital rape is a Class B felony where rape outside of marriage is Class A, meaning rapists who are married to their victims will get shorter sentences than those who aren't.

In Mississippi, proof of marriage between a rapist and victim can be used as a valid defense, although proof that force was used usually trumps this defense. The same loose end and questionable solution are present in Nevada. In South Carolina, where, according to Vocativ, non-spousal rape can result in 30 years in prison, spousal rape can result in at most 10 years. If we have any respect for consent and rape victims, we'll eliminate all excuses and administer justice where it's due, regardless of the circumstances between rapist and victim.

Rape culture often causes the people and the law to inherently doubt rape victims, either by justifying what happened to them based on their behavior and attire or questioning their credibility based on their relationship with the rapist or reputations as sexual and promiscuous. So many states still justify or invalidate rape in their laws, often using the legal marriage of rapists and victims. And no matter how many campaigns we launch to change attitudes and rethink cultural norms, rape culture isn't going away until its disturbing values are removed from the law.