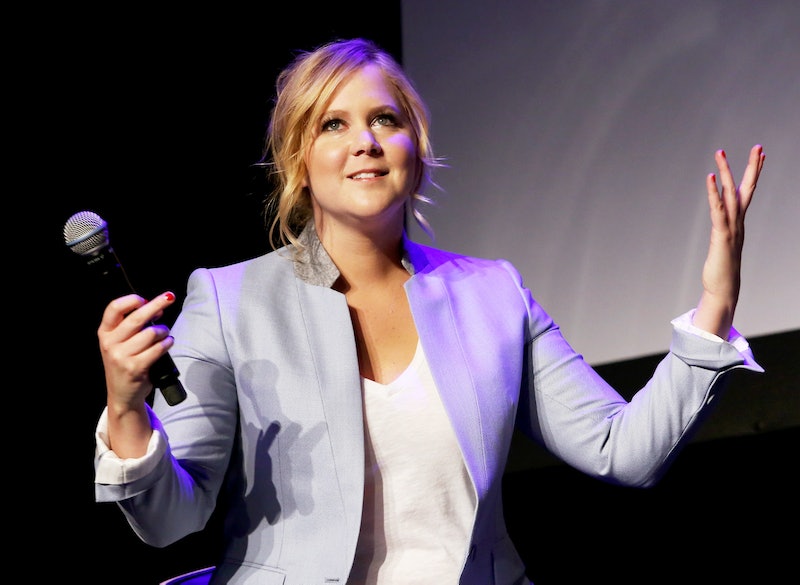 Step aside Taylor Swift's squad, because there are brand new celebrity BFFs in town. These new buddies are two amazing women and I'm pretty sure many of their fans have been waiting, maybe without even realizing it, for the moment that these two became tight. Just who am I talking about? Oh, just someone named Amy Schumer and another someone named Jennifer Lawrence. Ever heard of them? Amy Schumer and Jennifer Lawrence rode jet skis together and made dreams come true. On Thursday, Schumer shared photos of herself with Lawrence and a group of women all chilling. Alert: you will be super jealous, and only partially because they're on vacation and you're not.

As you can see below, Schumer is having the time of her life on the back of the jet ski, while Lawrence drives them around the open water. The Trainwreck actress even calls her new BFF a "maniac." I can't take all this fun and amazingness in one picture. Who else wants to hop on that jet ski and hanging out with these ladies?

So, now that we have photographic evidence of their friendship, let's take a further look at why these two make the perfect best friends.

They've Always Adored Each Other

As you can see in the tweet above, after learning that Lawrence wants Schumer to become the next Bachelorette, Schumer freaked out appropriately on Twitter. See? They've admired one another for some time now.

No two people make better friends than two who can be open, honest, and blunt with each other. Yeah, an argument might happen every now and again, but that's normal for all friendships.

Two besties who can eat all the food in the world together? That's a match made in heaven.

Now they can combine their skills.

They support other women, which means they would support each other. That's how friendship should be.

Best. Friends. Forever. Now, when are they going to star in a film together?