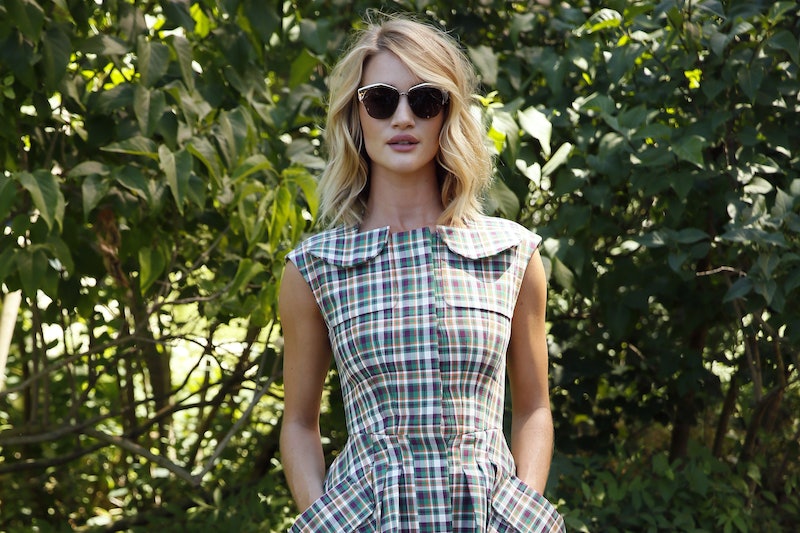 The excitement that stirs as a favorite magazine releases details from it's next issue is well-known to every fashion lover. If you're familiar with this feeling, then you will be ecstatic that Rosie Huntington-Whitely covers Harper's Bazaar for the 2015 September issue, aka, the biggest issue of the year.

The magazine has a really special feature in this issue. It is credited to it's global fashion director Carine Roitfeld, who "teamed up with legendary photographer Jean-Paul Goude to transform today’s icons... into the fantasy icons they identify with most," according to The Huffington Post. Hungtington-Whiteley is captured as her fashion icon, Diana Vreeland, a former editor of Harper's Bazaar. She mentions that "Diana was such an influential, powerful woman who changed fashion from the inside out," according to Harper's Bazaar. I find this icon to be fitting for the supermodel, seeing as though she has been so successful in the industry herself.

In addition to Diana Vreeland, you'll find Jessica Chasten as Joan of Arc, Oprah Whinfrey as Glinda the Good Witch, Mariah Carey as Marie Antoinette, Willow Smith as Kali, and Katy Perry as Elizabeth Taylor, along with a few more. The September issue is set to release on August 4th!

Here's a look at the British beauty on the cover.

As beautiful as Huntingon-Whiteley is on the September issue, it is not her first time as the magazine's cover girl. It seems as though she must be a favorite with the amount of times her face has been the focal point of Harper's Bazaar, not only in the United Sates, but in international versions of the mag as well.

These are a few of her best covers!