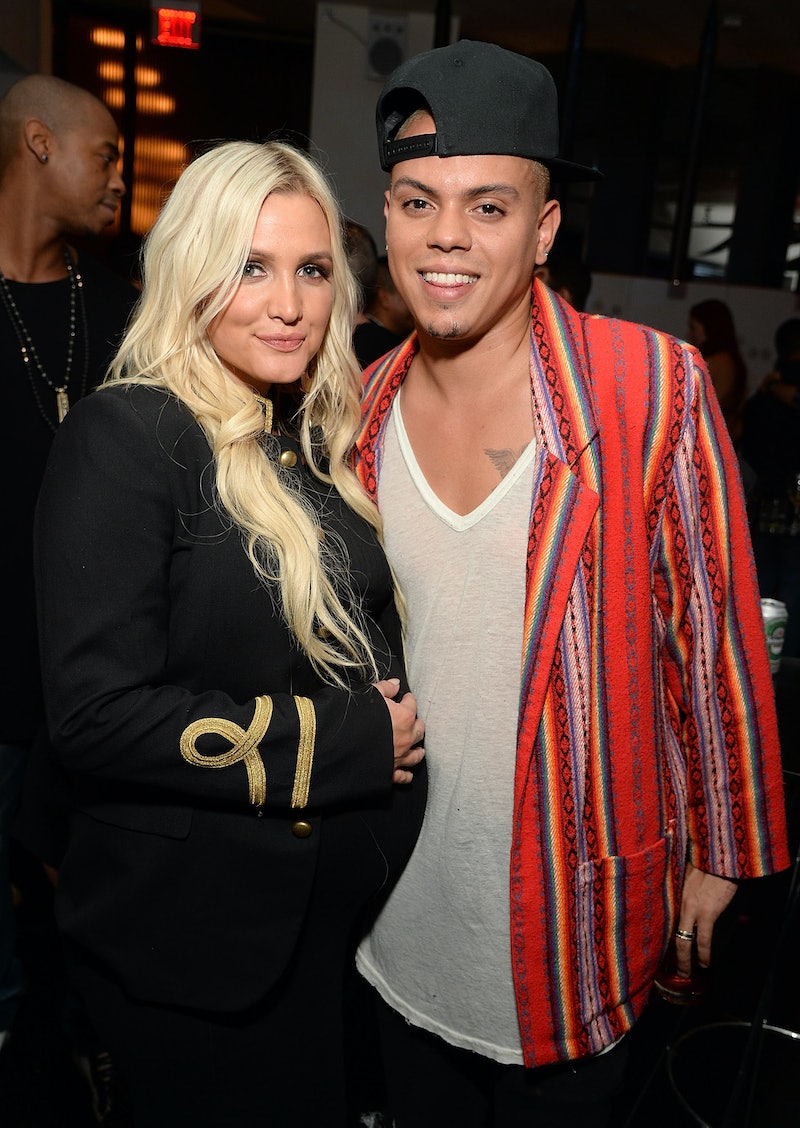 Big congrats are in order for Ashlee Simpson and Evan Ross! According to multiple sources, the happy couple welcomed their first child together, a baby girl, on Thursday. This is obviously an exciting time for the parents as they get to know their newborn bundle of joy. As we patiently await photos of the surely adorable baby and news of the baby's name, some fans and followers might be curious about the very beginnings of the pair's relationship. Specifically, they might be wondering how Ashlee Simpson and Evan Ross met.

Believe it or not, Simpson and Ross reportedly met while they were out on the club scene. Apparently, the two had a bunch of mutual friends that they went out with regularly. It doesn't sound like the most romantic meet-cute, but that's simply because the romance was not there quite yet. See, even though their relationship might have seemed like a whirlwind one when it first began in the summer of 2013, they actually knew each other for a long time as friends before they began their relationship. How long? 10 years!

Ross and Simpson are not shy about gushing about each other in interviews, and their sweet shout-outs to each other show how far they have come since starting out as clubbing buddies.

Just a couple months after they started dating, Ross confessed that he was already in love. The 26-year-old said, "I'm so in love and we've got amazing things going on. And we inspire each other." He even called her "the one."

Simpson obviously was feeling the same way! She could not hold back her excitement when announcing her engagement to the actor on her Twitter page back in January 2014:

And Ross echoed her thrilled feeling when he tweeted the same engagement photograph, saying, "The love of my life said YES."

Prior to the birth of their child, Ross finally shared images from their wedding last year at his mother Diana Ross' home in Connecticut, and it is hard not to feel the love just looking at the snaps, especially the one where he is seen bonding with both his new bride and also her son, Bronx, from her previous marriage to Pete Wentz. It shows that he is taking initiative to be a big part in her life on all ends, which is really sweet to see.

And while Simpson was pregnant with their baby girl, Ross was every bit the doting daddy-to-be. Simpson said, "Massages, cooking — all of that!” Simpson says. “He’s making me feel so special! I feel like the luckiest lady ever. I’m like, ‘Thanks, babe!'"

It's safe to say that after sharing precious moments with their newborn baby, their already strong bond will only grow stronger over time. Congratulations to the happy couple!