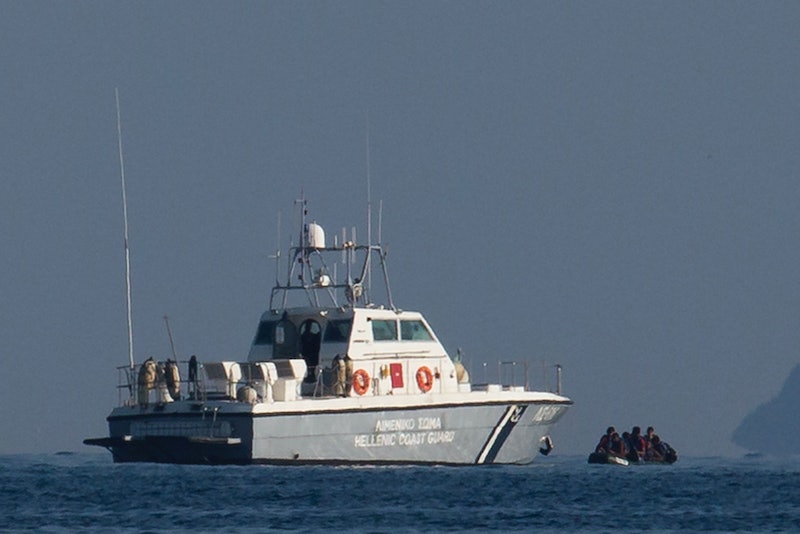 The official hunt for a pair of Florida teens missing at sea has concluded, according to CNN, and that's tragic news: the Coast Guard's search for Perry Cohen and Austin Stephanos is ending a week after it began. Cohen and Stephanos disappeared last Friday while on a fishing trip in a small boat. It's believed they hit a surge of bad weather, and they haven't been seen or heard from since.

The search isn't completely over, to be clear — there will reportedly still be private aerial searches scanning the waters off the Florida coast. But official Coast Guard operations are slated to end at sunset Friday night. As NBC News detailed, Coast Guard captain Mark Fedor explained that while crews could be sent back out if any evidence of the two teens' survival came to light, the proactive search is now over. He also expressed his condolences to the boys' families.

I know those statistics will not ease the pain of the families, but I hope at some point in the future they can take solace in the fact that hundreds of people searched thousands of miles because we were committed to finding Austin and Perry.

Cohen and Stephanos, both 14 years old, are still believed to be alive by their mothers; Pamela Cohen and Carly Black maintained on Thursday that they think their children are resourceful enough to have survived, and that they still believe they'll be found.

We're here for each other, and we're united, and I think it's the same with the boys. I think Perry and Austin out there, they're doing the same thing, when one of them feels a little weak, the other one holds them up.

Black further suggested that the two boys could've fashioned a raft out of the cooler and life-jackets that were missing from their boat. The boat the pair had taken out last Friday was discovered capsized on Sunday, about 67 miles from the coast of Volusia County, according to the Palm Beach Post. The Coast Guard search was extensive, as USA Today detailed, covering over 66,000 square miles, an area as big as the state of Florida itself.

As Fedor made clear in his remarks announcing the end of the search, as detailed by USA Today, the decision didn't come easily, saying, "We have made a decision that we will suspend at sunset tonight. The decision to suspend was excruciating and gut-wrenching for me personally."