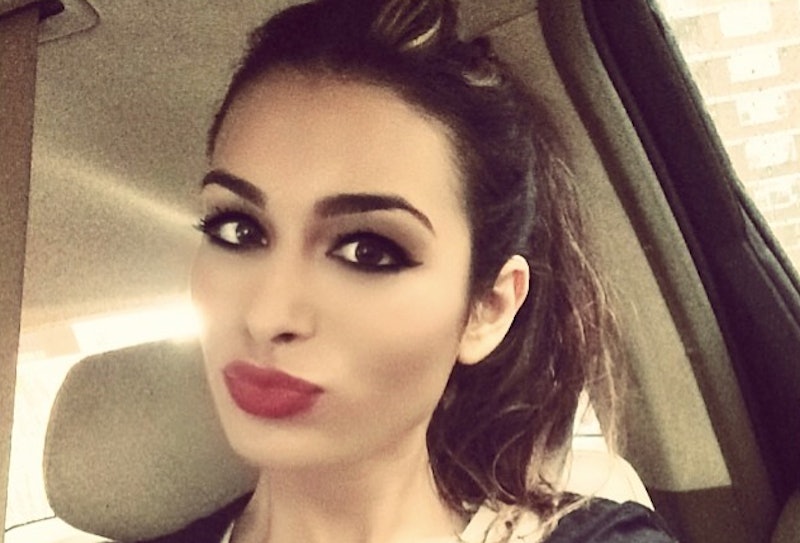 After an internal struggle many people can relate to, Ashley I. asked Jared for a date on Bachelor in Paradise . She was hesitant and anxious as she repeatedly practiced saying, "Jared, will you go on a date with me?" with her sister Lauren. In fact, her anxiety was so high that she at one point teared up (luckily, she seems to have packed her waterproof mascara). But with men handing out the roses this week, the women can't afford to sit back and wait for a guy to make the first move.

So Ashley faced her fears and was beyond relieved when Jared accepted. I'm not going to go as far as to say that reality TV is where we should go for life's most important lessons, but I think there's a definite takeaway here. In real life, we should all be willing to ask a person out if we're interested. It's definitely easier said than done. I've heard some women say they'd never even consider it — but I know other females who think it's no big deal and, because of this mindset, they've ended up with really great relationships. Same goes for men. Plus, a 2013 study from Match.com revealed that of 5,000 singletons, 65 percent of women had asked out a man, and 91 percent of men are down with a lady initiating the first steps.

If a person thinks it's not cool for a woman to take the initiative to ask for a date, then they're not worth our time anyway. So it may also be a quick way to weed out any closet sexists, eh?! Rose ceremony or not, it's time for all of us to make a move when we like someone. The worst that can happen is that they say no... and as we learned tonight, there's a great chance they'll say yes.

As for Ashley, she's hoping her date with Jared could result in a literal fairytale. She revealed that she sees herself as Jasmine, while Jared reminds her of Aladdin. And we all know that Disney pairings are endgame.