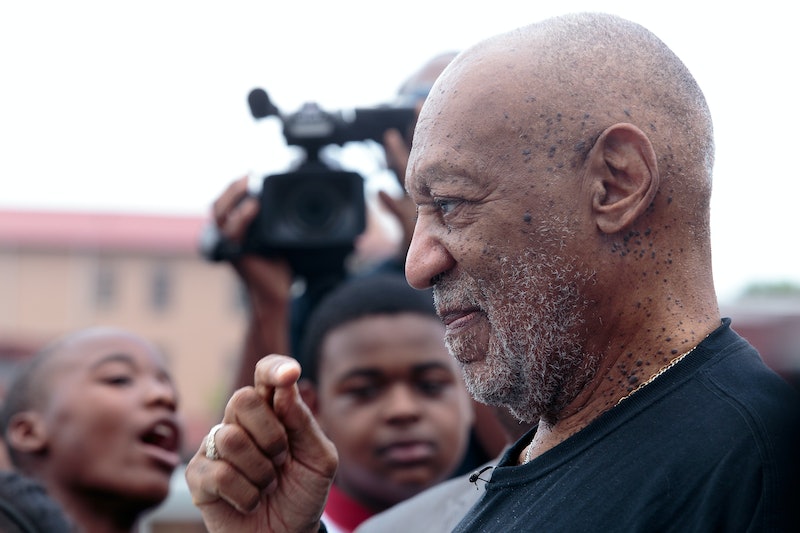 The notorious rape allegations against Bill Cosby have much of the country wondering how he's managed to evade prison despite the fact that 46 women have publicly accused him of rape or sexual assault. But according to CNN and Cosby's lawyer, the 78-year-old comedian can no longer be prosecuted for most of his alleged attacks because 34 states and Washington, D.C. have statutes of limitations on rape and sexual assault cases. These time limits effectively erase some rape allegations of the past, letting alleged criminals off the hook because their victims waited too long to come forward. Why do rape cases have statutes of limitations while other crimes, like murder, don't?

Evidence of rape, such as DNA or bruises, is very time sensitive, and once it's gone, it's gone. Because rape cases often become hearsay battles in court, it can be more difficult to prosecute years after the fact than other crimes. Rebecca O’Connor, vice president of public policy for Rape, Abuse, and Incest National Network (RAINN), tells Bustle: "If we don’t have a quote unquote 'fresh complaint,' it’s hard to prove [non]-consent, which a lot of these cases come down to."

Rape cases are already difficult to prosecute, even when criminal charges are filed the next day. According to RAINN, only 2 percent of rapes in the U.S. end in a felony conviction.

The major problem with having statutes of limitations on rape cases is that it can be extremely difficult for women to report being sexually assaulted. According to the National Institute of Justice, the most common reasons people don't report sexual assault are that they feel guilty or embarrassed, worry that they won't be believed, or don't trust the police. Terri Poore, public policy consultant for the National Alliance to End Sexual Violence, tells Bustle:

Because of the traumatic nature of sexual violence and because of our culture that blames the victim, it’s been difficult for survivors historically to come forward, especially if they’re young or facing any other oppression.

It takes victims time to come to terms with what happened to them and everyone copes differently, which can affect when they feel comfortable reporting the assault. "It may take some time to process it or remember it," O'Connor says. "It may be that by the time they feel comfortable coming forward, we’ve already closed the door on them."

DNA technology is drastically changing the nature of rape cases, making it much easier to prosecute suspects years after the crime, as it can be analyzed after any amount of time if collected properly. Medical forensic sexual assault exams, commonly known as rape kits, can't prove consent or a lack thereof, but they can help identify a suspect. Of the 34 states that have statutes of limitations for sexual assault cases, 24 include some type of exemption when DNA evidence exists or a match is found. Not all states with statutes of limitations have DNA exceptions because having the evidence doesn't automatically lead to a conviction, though it helps.

Being able to have tangible evidence that carries forward through the years is a very important step toward making it reasonable to lift these statutes of limitations.

Of course, not every rape victim is given a rape kit, so DNA evidence isn't present in every case.

Schafran doesn't foresee eliminating statutes of limitations in rape cases happening quickly, and if history's taught us anything, it's that these reforms take a long time. Nebraska became the first state to abolish exemptions for marital rape in 1976, but nearly 40 years later, it's still handled differently than other rape cases in several states, with different punishments, shorter reporting periods, or by being charged under a different criminal code. In the same way, getting rid of time limits on sexual assault cases will not happen overnight, so for now, Cosby and others accused of raping women decades ago will remain free.

Cosby's lawyer, Monique Pressley, maintains his innocence, and said on CNN in July:

Mr. Cosby, as of today, is innocent until proven guilty. And there shall not be proof, because the statute of limitations has passed. People waited far too long to want to discuss these matters at all.

If the alleged assaults the 46 women accused Cosby of took place in a state without statutes of limitations for rape cases, filing criminal charges would be possible, but as Pressley said, Cosby remains innocent in the eyes of the law.