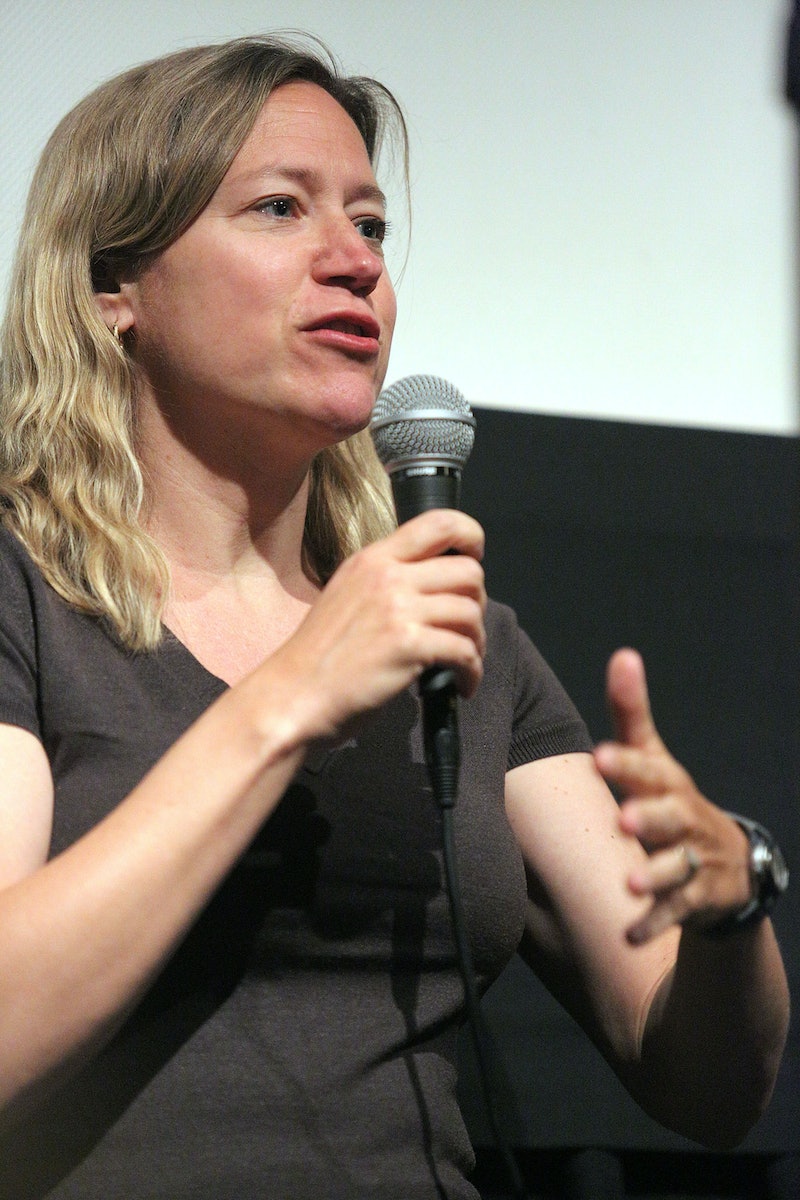 Looking through this year's Sundance Film Festival lineup is exciting, especially for those of us who've been disheartened by the recent evidence that women's progress in film isn't as great as The Hunger Games and Jennifer Lawrence's success may suggest. Women are all over the 2014 Sundance lineup, and the possibility of a few ladies emerging victorious (and with a distribution deal) is tantalizing. But we shouldn't celebrate just yet.

Yes, seeing Kristen Wiig, Amy Poehler, Lena Dunham, Aubrey Plaza, and Amy Sedaris as some of the top talent starring in Sundance's 2014 offerings is wonderful because it gives these talented ladies a chance to show more range and depth than their more mainstream roles sometimes allow, it's not everything. We know that an awesome actress like Wiig can lead a film to victory. We know that audiences aren't opposed to seeing Poehler monopolize the screen (she's practically America's sweetheart after her Golden Globes gig with Tina Fey last January). It's the other big roles at Sundance — screenwriters and directors — that will really make the difference in bringing about change in the industry.

Luckily, this year has a pretty balanced roster of films by both men and women — 24 films with at least one woman director or screenwriter and 37 with only men behind the camera — and the lesser-known "Next <=>" category is almost entirely comprised of films by women. Veteran short film director Kat Candler brings us Hellion, starring Aaron Paul and Juliette Lewis, which follows a ruptured family attempting to piece themselves back together in small town Texas. Maya Forbes, who got her start as a writer on The Larry Sanders Show, delivers Infinitely Polar Bear, a comedy starring Mark Ruffalo and Zoe Saldana about a manic-depressive father who takes full custody of his unruly daughters in order to win his wife back. And award-winning documentary director Edet Belzberg will unveil her new film, Watchers of the Sky, an exploration of violence and genocide based on Samantha Powers' Pulitzer Prize-winning book. A Problem From Hell. Kate Chevigny (pictured above), who founded a nonprofit organization in support of social issue films, makes her directorial debut with her own social issue film, a documentary about human rights workers called E-Team.

The promising part of the lineup is that women are all over it, in varying degrees of involvement from starring to writing to directing. In this Sundance bubble, the film industry looks rather balanced. But then again, looking back at Sundance 2013's lineup, things looked promising then too — in fact, directors and screenwriters were more evenly split than in 2014. However, a quick examination of the films that were picked up immediately after the fest (this excludes late pick-ups like Lake Bell's In a World...) weren't balanced at all. Of the 38 films purchased for distribution directly after Sundance — Don Jon, Kill Your Darlings, and The Way Way Back to name a few — only 11 were written or directed by women.

And while that doesn't necessarily mean 2014 will pan out the same way — the ladies involved have some seriously interesting films to show off and our crystal ball is on the fritz — the lineup doesn't yet signal a shift. Sundance is a way for independent filmmakers to offer up the projects that wouldn't have been granted studio money to get the attention of larger audiences, and more often than not, the avenue to larger audiences is still through distrubution deals with large companies and studios. If after the fest, the resulting deals are comprised of another tiny slate of films by women against an overwhelming slate of films by men, it's going to be hard to wave the victory flag for progress.

Still, it's clear that independent movies and festivals are a viable way for women to work towards the goal of diminishing gender disparity in the industry, so we won't give up yet. The decks are stacked pretty well for ladies at Sundance in 2014, and here's hoping the folks doling out distribution deals take the hint.