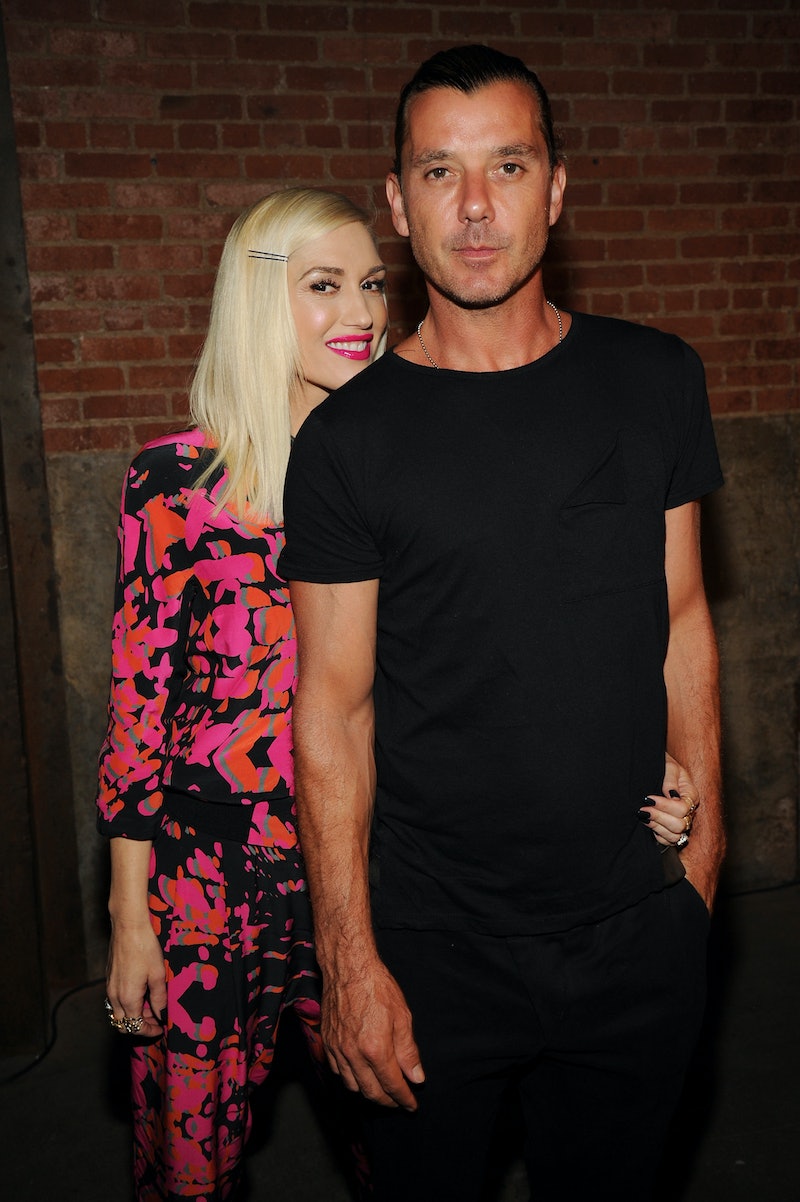 Celebrity splits rarely seem out of the norm, but the most recent breakup in Hollywood is a total shocker. According to E! News, it was confirmed on Monday, August 3, that Gwen Stefani has filed for divorce from husband, Gavin Rossdale, after 13 years of marriage. Stefani and Rossdale have three children together — Kingston, 9, Zuma, 6, and Apollo, 1 — and Stefani has cited "irreconcilable differences" as reason for the split. Both will be seeking joint custody. As two that have long been hailed as one of Hollywood's most effortlessly cool couples, even romantic skeptics may be rocked by the news of this split.

As recently as February, Stefani gushed about her husband and offered secrets to their marital success during an interview with Cosmopolitan. "It's good to have those days when we both do our own things. I think that's what keeps relationships going, when both people can be themselves and have their own individuality. That's especially important for women. It's hard to find time for yourself."

What went wrong? As of now, we can only speculate as to what spurred the unfortunate split. During the same interview with Cosmo, Stefani also noted, "[Gavin and I] go through so much together — it's a miracle that we could stay together this long." It is a well-known fact that celebrity schedules are anything but routine; splits often occur due to distance and the consequence of growing apart. As has been noted in other recent celebrity splits, sometimes a shift in a relationship simply occurs where both parties realize they are better as friends and coparents, rather than romantic partners.

"While the two of us have come to the mutual decision that we will no longer be partners in marriage, we remain partners in parenthood and are committed to jointly raising our three sons in a happy and healthy environment...To that end, we respectfully request privacy from the media during this time."

Regardless of the reason for the split, we hope that things are amicable between the two talents. To that end, we wish Stefani, Rossdale, and their family the best during this difficult period.