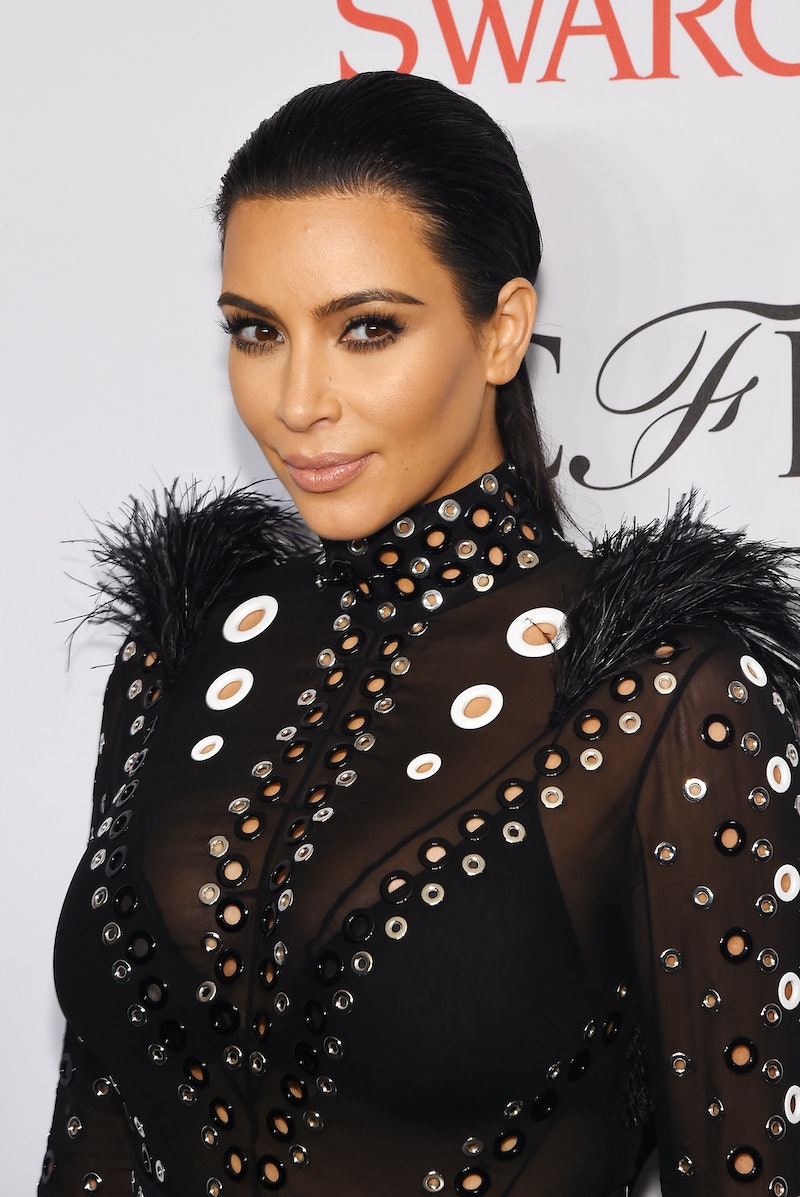 As the Planned Parenthood debate grows stronger and Republicans in Congress continue to wage war on women's reproductive choices (as Democrats would say), it's increasingly more important for famous women who use birth control to come forward and be advocates for a woman's access to contraceptives. For young girls growing up, seeking birth control may still seem stigmatized and wrong. It's helpful that there are a lot of politicians and public figures out there who support different kinds of contraceptives and seek to protect that right. But there are so many reasons and ways to use birth control, and when high-profile women come forward to share their personal experiences, it normalizes and furthers the cause.

There's a lot of misinformation out there about birth control: how to use it, is it safe, which option is best, when can you use it, why you should use it. And despite concrete evidence, many people believe the only reason to use birth control is to prevent pregnancies. Putting aside the point that there is nothing wrong with practicing safe sex, there are still so many other medical uses to birth control. Like women, contraceptives shouldn't be put in a box and narrowly labeled. Birth control is extremely normal — 62 percent of American women report using it — and the practice shouldn't be vilified. I'd be willing to bet that a lot of those women are celebrities, athletes, and even some women in Congress.

When women who have large followings and sway over their fans and followers speak out about their birth control use, that not only normalizes it, but it shows the world there are so many reasons to use it. It tells young girls they shouldn't be afraid to go on it, and it further expands sexual education. Here are just a handful of women, who, despite being very different from each other, are showing the world why they need birth control.

It should be no surprise that Lena Dunham, women's rights activist and Girls writer and star appears on this list. Dunham is extremely vocal about sexual health, both on her show and in real life. Last year, Dunham took to Twitter and said, "I need birth control because I have endometriosis and it helps manage pain. Why do you?" Endometriosis is estimated to effect 3 million women a year and causes the tissue that lines the uterus to grow outside, which can be extremely painful. Dunham's tweet sparked a large conversation, with tons of women responding and giving reasons for their contraceptive use, which ranged from safe sex to medical conditions. Even light conversations about birth control show that it's a necessary part of life for the modern woman, and something that's often missing from the national dialogue about birth control.

Wendy Davis, champion of a woman's right to abortions, is best known for filibustering a Texas bill that would have severely limited abortion access within the state. Her pink sneakers were iconic, and she became a role model for politically engaged young women. After her filibuster, Davis opened up about why she was so passionate: When she and her husband went off birth control, she had two pregnancies that she terminated for medical reasons. Even though it was a passing comment, Davis is very much alone in terms of politicians who have even acknowledged they've used birth control. But it showed that birth control isn't just about young women who want to be sexually liberated. Birth control is also important for married couples and crucial to family planning.

Not often do I call Kim Kardashian West a role model, but in this case, I concede. Several years ago, Kardashian West opened up to Oprah and talked about going on birth control when she was 14. She was in a relationship at the time and thought she was ready for sex, so she talked to her mom Kris Jenner, who then put her on birth control. Jenner then defended her decision, saying it was something she did for all five of her daughters.

"What I did as a parent with all my girls, when I felt like it was that time in their life that they were going to that step ... I drove as fast as I could to the gynecologist's office," said Jenner told talk show host Bethenny Frankel in 2012. "My philosophy has been make sure your kids are healthy, well taken care of, and educated." Tons of women look up to Kardashian West and her family, and this story is a great example of why it's important to have honest conversations about sex with your family. And a big shout out to Jenner, for handling her daughters' sexual activity like a pro.

Being athletic can be wonderful for your period since it helps reduce cramps and lightens your flow. But sometimes intense physical exertion can stunt it as well. That was the case for ballerina Misty Copeland, who recently became the first female African American principal dancer for the American Ballet Theatre. According to The New Yorker, by age 18, Copeland had secured a position at ABT but still didn't have her period yet.

Her doctor prescribed birth control pills to induce menstruation, and it worked. However, it also caused Copeland's body to change. But she was determined to be content with her new body and experimented with her birth control until she found what was right for her. Birth control isn't a magic pill, and it comes with side effects and symptoms. Not all forms of birth control are perfect for everyone, and it's important to investigate and find an option that works for you.