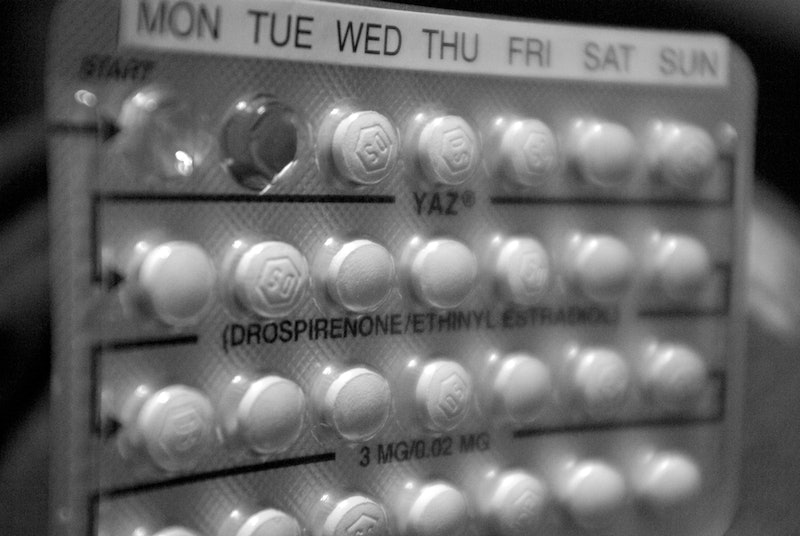 The move to defund Planned Parenthood comes from the false notion that Americans are funding abortions with their tax dollars. In truth, federal law prohibits the use of federal funds for abortions, except in cases of rape, incest, or the woman's life being endangered. Still, some people believe that Planned Parenthood should be shut down by virtue of the fact that it uses any federal funds for the general reproductive healthcare of women. It's all part of that ridiculous argument that "The government shouldn't be paying for your birth control! Gosh, you floozy!" What we're talking about here is whether the government should subsidize birth control. And thankfully, there are many logical and economically-minded ways to respond to the argument that it shouldn't.

This debate really heated up in 2012, when talk radio host Rush Limbaugh called Georgetown University Law Center student Sandra Fluke a "slut" and a "prostitute" after she gave a speech to House Democrats in support of mandating insurance coverage for contraceptives, according to the Washington Post. After Limbaugh gave a halfhearted apology, he explained his thinking by accusing women who want to receive government-subsidized birth control (often through Medicaid) of lacking personal responsibility or accountability.

According to Slate, Limbaugh acknowledged that state sex education programs are lacking, which often leads to a higher number of teen pregnancies, and that reliable, long-term birth control methods are often too expensive for poor women to pay for out-of-pocket, but then asked "does that mean we should be subsidizing the pill on the taxpayer’s dime?" The answer is a firm and resounding "Yes." Here are responses to four common arguments against government-subsidized birth control.

This argument applies to any help that a person or company receives from the government. By this logic, we shouldn't have any kind of government assistance programs or government bailouts. To answer this argument, first point out that people often don't become poor because they're lazy. People who are poor usually belong to families that have been historically poor, and thus lack the same kind of opportunities that people who aren't poor are granted.

More importantly, though, I would say that women who are actively seeking effective birth control, even if they can't afford it, are being responsible. The more irresponsible decision might be to say, "Screw it!" and have sex without any form of protection from pregnancy or STIs. Just because someone doesn't have money doesn't mean they lack responsibility.

"But Where Do We Draw The Line? What Will We Be Paying For Next?"

This argument is actually a logical fallacy, because there's no reason given for why we would jump from subsidizing birth control to subsidizing, for example, tennis shoes. Often, government subsidies are extremely strict programs, and what they cover is granted by an even stricter list of basic needs. Birth control, for example, falls under the healthcare category. Because contrary to what many Republicans say, not having reliable birth control and then having a child affects a woman's reproductive system, and thus her health. So we draw the line with good critical thinking on a case-by-case basis.

"But It's Costing Us So Much Money! WTF!"

It's actually not costing you very much money — especially given the amount that it's saving long-term. For example, a 2012 study by the Brookings Institute found that investing $235 million in Medicaid expansion would save about $1.32 billion by reducing unplanned births that could later become a burden on the state, according to Slate.

And as another huge plus for conservatives, the ease of access to birth control and family planning provided by the expansion would reduce the number of abortions and unwed mothers, according to The Atlantic. So the investment pretty much becomes a choice between two things: a small amount of money and putting aside your judgments to subsidize birth control now, or a much larger amount of money down the road when unplanned pregnancies are spiking.

"But I Object To Birth Control On Religious Grounds, And Don't Want To Pay!"

We have a wonderful thing in the U.S. that kind of works sometimes called freedom of religion. The U.S. also has something called separation of church and state. So some things that the U.S. supports for scientific or healthcare reasons might not fit well with your religion. Creating a law because of an antiquated idea about female purity or a religious objection forces everyone in the country to live under a religion or idea that they might not agree with. Further, the religious objection has no basis in healthcare or modern science.