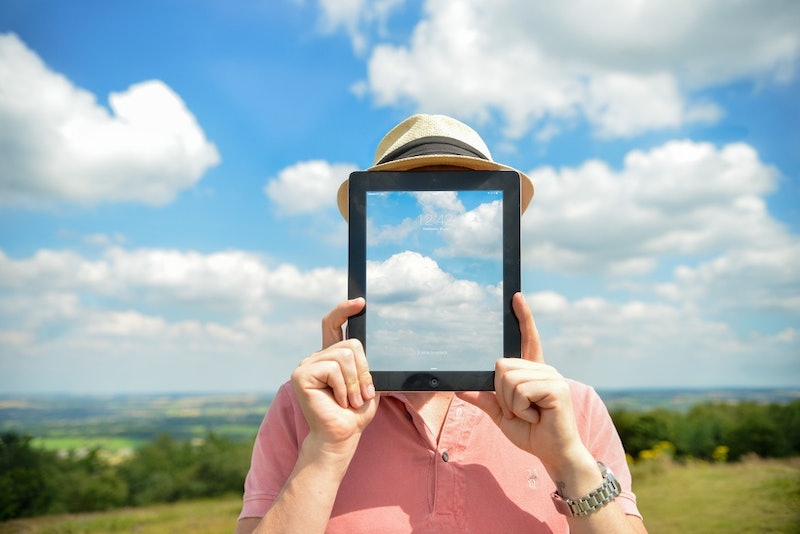 Alright, so here's the thing: I recently wrote about how weirded out I am by sex dolls, but I may have spoken too soon. Because it looks like in the future we're all going to be about sex robots. And by the future, I mean not that long. We're talking within our lifetime, in fifty years. Sounds insane right? It's not. Dr. Helen Driscoll, psychology of sex expert at University of Sunderland, says that sex with robots could be the norm by 2070, according to The Independent. Whattttttttt. I mean, what? We're all just going to be getting it on with C-3PO? Not exactly.

The thing is, there will be dolls designed specifically for sex, and they'll probably know exactly what they're doing. It's hard to imagine a day without a Rabbit in my top drawer (and even harder to imagine a robot in there instead) but maybe it's time to get realistic. The future is coming and the future is sex with robots. We need to get on board, because actually when you think about it, it's not that crazy — I mean, my vibrator is kind of like a mini-robot (I say, pretending I know one thing about science). Here's what you need to know about why and how it's happening:

It Seems Crazy, But We Need To Contextualize It

Driscoll says that it's important to remember that although this may seem out of left field, a lot of things that we consider normal now, sexually speaking, would have been considered unusual in that not too distant past: "If we think back to the social norms about sex that existed just 100 years ago, it is obvious that they have changed rapidly and radically." If they continue to do so, robot sex won't seem that weird.

So in a way it seems gross to having sex with a robot, but the benefit is that they'll be able to do pretty much whatever we want. According to The Independent, "robots could theoretically be programmed to be 'down for whatever' and perform an infinite number of positions and experiences, it is very conceivable that sex with robots will become the most popular kind of sex." I hope not, but you never know.

It Won't Just Be About The Sex

So before you think that we'll all just be humping like crazy, Driscoll suggests there could be a lot more to it than that: "People may also begin to fall in love with their virtual reality partners. This is an issue explored in the recent film Her, in which Joaquin Phoenix's character falls in love with an operating system. This may seem shocking and unusual now, but we should not automatically assume that virtual relationships have less value than real relationships." We sometimes underestimate how many people live alone, and as more and more people fall in love online and conduct relationships virtually, maybe it's not so far fetched.

There's Already A Word For It

Don't worry, fellow linguistic nerd! It's called "robophilia," so add that to your Scrabble repertoire.

We're Already Moving In That Direction

It's not just meeting people online that shows we may be moving in the robot direction, Driscoll points to "data suggesting that many young Japanese people are already avoiding sex and intimate relationships there are some suggestions that this may already be happening. Japanese men are already taking their virtual girlfriend apps away on holiday with them to the island of Atami." Taking an app on holiday? Makes sex with a robot seem downright normal.